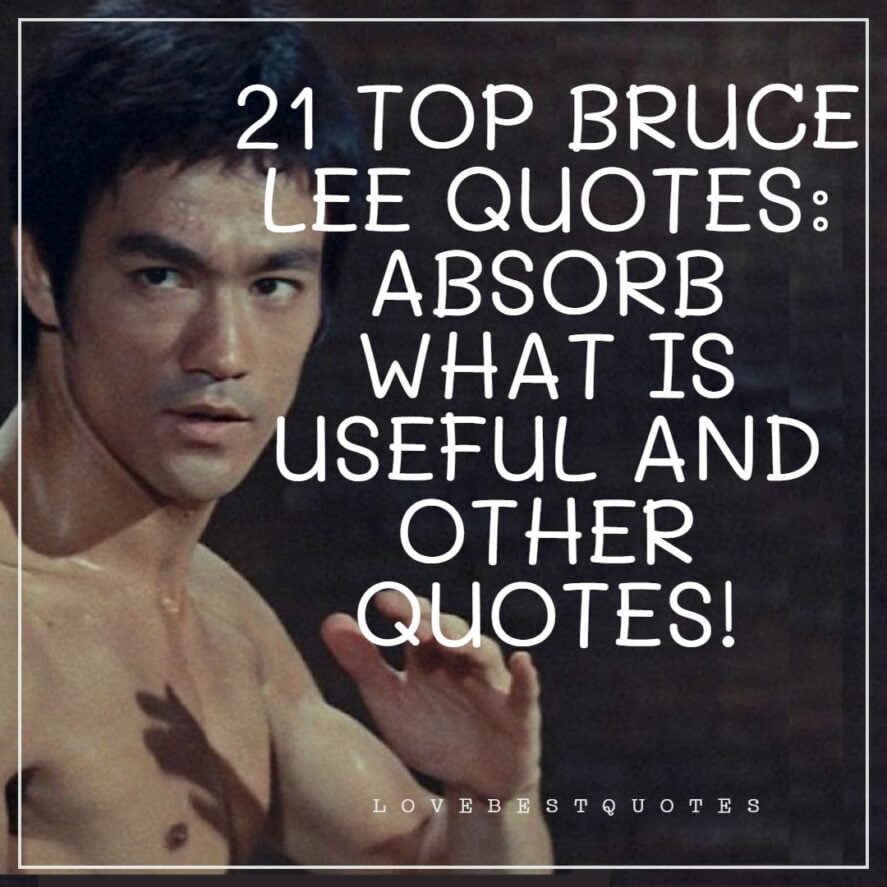 Bruce Lee was born on 27 November 1940 in San Francisco in the USA. His parents were Lee Hoi Chuen and Grace Ho and he was their fourth child. Bruce’s parents gave him the name “Jun Fan.” The English name, Bruce Lee was however given to him by a nurse in the Jackson Street Hospital, which he only started using when he entered secondary school and began his study of the English language.

After few months of his birth, his parents returned to Hong Kong where he grew up until the age of 18. When Bruce was only 13 years of age, he was introduced to Master Yip Man, a teacher of the Wing Chun style of Kung fu. Bruce became his discipline and for 5 years Bruce studied diligently under Master Yip Man and became very proficient in martial arts. Bruce Lee greatly respected and revered Yip Man as a master teacher and wise man. Even when he became a famous personality and was busy in his life and career, he would frequently come and visit his master In his later years.

In high school, one of Bruce’s accomplishments was winning an inter-school Boxing Championship against an English student in which no kicking was allowed. Bruce Lee also liked dancing and was also a terrific dancer. In 1958 he won the Hong Kong Cha Cha Championship. In addition to his studies, gung fu and dancing, Bruce was also a child actor and by the time he was 18, he had appeared in 20 films.

When he was 18, Bruce was searching for new vistas in his life. In April of 1959, with $100 in his pocket, Bruce boarded a steamship and started his voyage to San Francisco. Bruce didn’t remain long in San Francisco but traveled to Seattle in which a family friend, Ruby Chow, had a restaurant and had promised Bruce a work and place to live.

By this time Bruce had left his acting and dancing passions behind and was intent on furthering his education. He got himself enrolled at Edison Technical School where he completed high school and graduation, He then enrolled at the University of Washington from where Bruce majored in philosophy. In the three years that Bruce studied at the university, he supported himself by teaching Kung fu, having by this time given up working in the restaurant, stuffing newspapers, or various other odd jobs.

Bruce Lee had a small circle of friends who encouraged him to open a school of kung fu. He opened a kungfu and charged a small sum for teaching so that he could support himself while attending college. One of his students was Linda Emery, a college student. They fell in love and soon got married in 1964. Leaving his kungfu school at Seattle school in the hands of Taky Kimura, Bruce and Linda moved to Oakland where Bruce opened his second school with James Lee.

Many people are curious to know what is Bruce Lee height and weight.   Bruce Lee height was 5.8 ft and some say 5.7 ft.  However he was super lean, lethal and strong.  Bruce Lee body was very athletic and agile and super fast in his punches and kicks.

Bruce was teaching Kungfu full time. In 1964 some Chinese practitioners of martial arts objected to his teaching to non-Chinese people. They challenged him to a fight and if Bruce lost he would stop teaching martial arts to outsiders. It was a short fight, with Bruce winning when Bruce had his opponent pinned to the floor.

The years between 1967 and 1971 were hard for the Lee family. However, Bruce Lee worked hard at furthering his acting career. He got few roles in TV and films. He continued teaching martial and some of his students were from the people in the entertainment industry. He had some famous students like Steve McQueen, James Coburn, Stirling Silliphant, Sy Weintraub, Ted Ashley, Joe Hyams, James Garner, Kareem Abdul Jabbar, and many others.

One day in 1970, without warming up, something he always did, Bruce picked up a 125-pound barbell and did exercise severely injuring his back. After tests by the doctors, it was found that he had sustained an injury to the fourth sacral nerve. The doctors advised him complete bed rest.

For the next several months, Bruce was confined in bed. It was not an easy thing to do for a man of action like Bruce Lee and times were very frustrating. One good thing during this time was that Bruce got time to do a lot writing. Some of the famous books are Tao of Jeet Kune Do, Striking Thoughts, Bruce Lee Fighting Methods and many other books. After many months, Bruce felt his strength coming back and he slowly began his own recovery program.

In 1970, Bruce took a trip to Hong Kong where the famous Hong Kong producer Raymond Chow contacted him and asked him to do two movies for his company Golden Harvest. Bruce agreed and decided to do the movies. The movies were The Big Boss and Fists of Fury.

Shooting for the Movies

In the summer of 1971, Bruce flew again to Hong Kong for the shooting of the film. The movie “The Big Boss” was a huge success. In September of the same year, filming of the second movie began. During this time, Bruce also moved his family over to Hong Kong. This second movie with Raymond Chow called “Fist of Fury” was an even bigger success than the first film breaking all-time box office records.

For the third film, Bruce Lee formed a partnership with Raymond Chow, and the company was called Concord Productions. Bruce not only wrote “The Way of the Dragon,” but he also starred, directed, and produced it as well. This time also the movie broke all box office records. In 1972, Bruce began filming “The Game of Death,” a story he had once envisioned. The filming was however put on hold to make way for a deal with Warner Bros. to make the first-ever Hong Kong-American co-production, “Enter the Dragon.” The movie was due to be premiered at Hollywood’s Chinese theater in August of 1973. Unfortunately, Bruce would not live to see the opening of this blockbuster movie which broke all box office records.

The Death of Bruce Lee

On the fateful day of 20 July 1973, Bruce Lee had a minor headache. To relieve the pain he was offered a prescription painkiller called Equagesic. After taking the pill, he went to lie down and lapsed into a coma. He was unable to be revived. Extensive forensic pathology was done to determine the cause of his death, which could not be known immediately. Renowned pathologists were flown from around the world. It was finally determined that Bruce had a hypersensitive reaction to an ingredient in the pain medication that caused a swelling of the fluid on the brain, resulting in a coma and death.

The world lost a brilliant star and a great human being that day. Bruce Lee remains an inspiration and a guiding factor to millions of people around the world. He was a great master and remains so for all times to come.  His movies are classics and watched ov er and over again by his fans.  Bruce Lee Quotes areincredible and very motivational.   Below are some of this best Quotes. 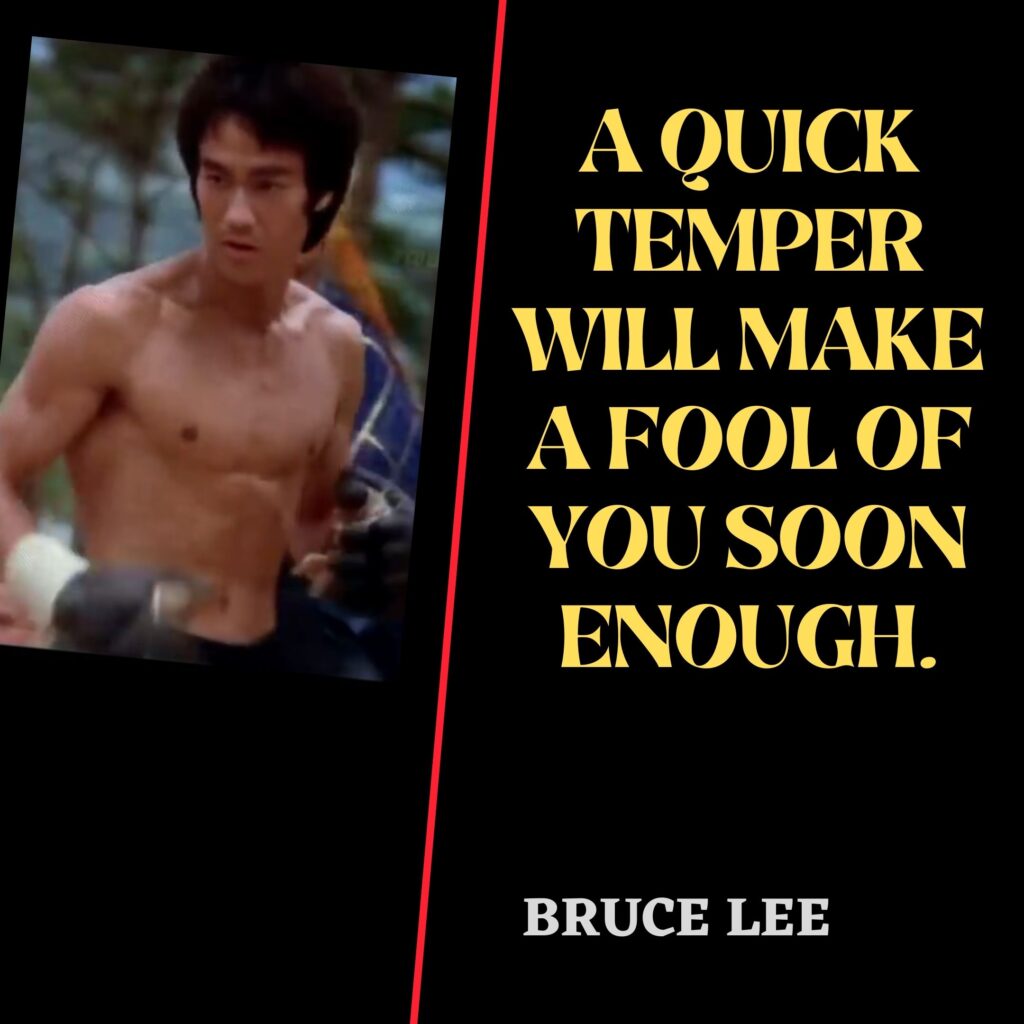 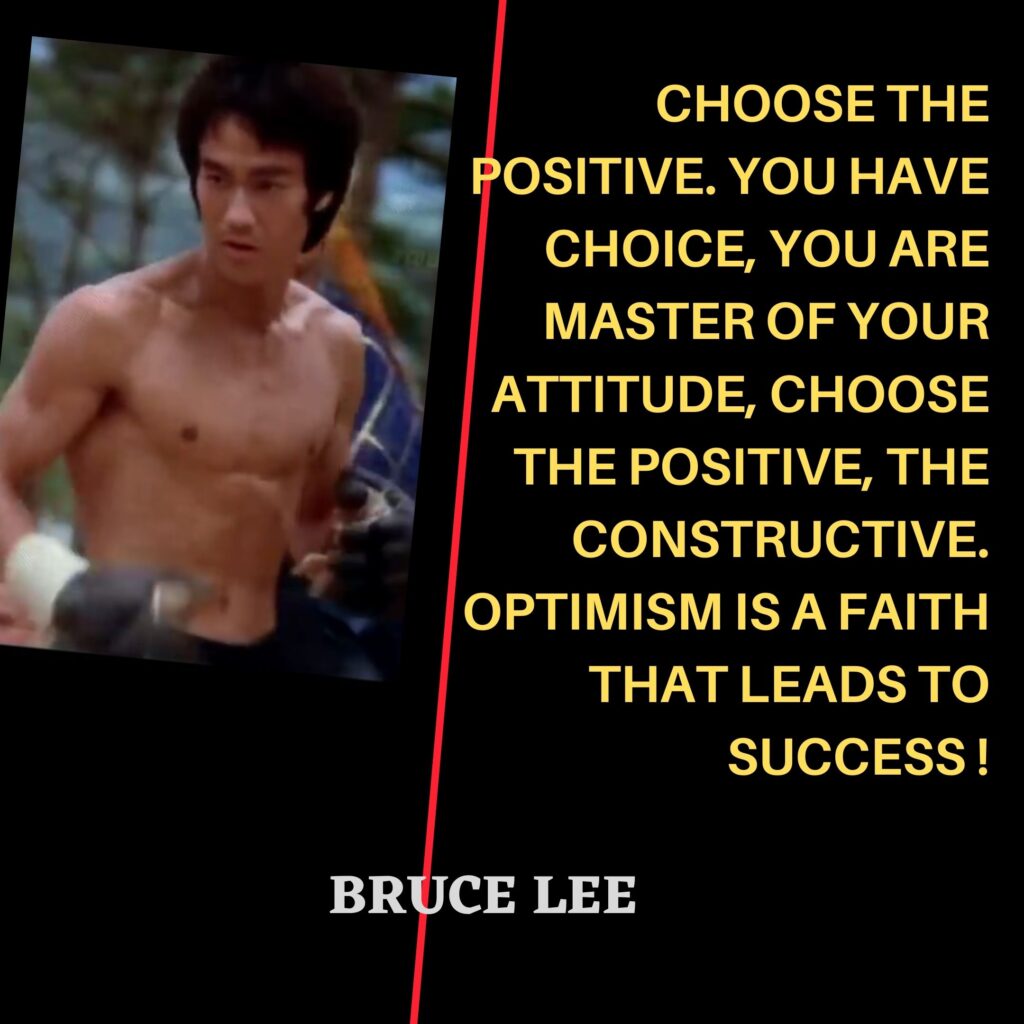 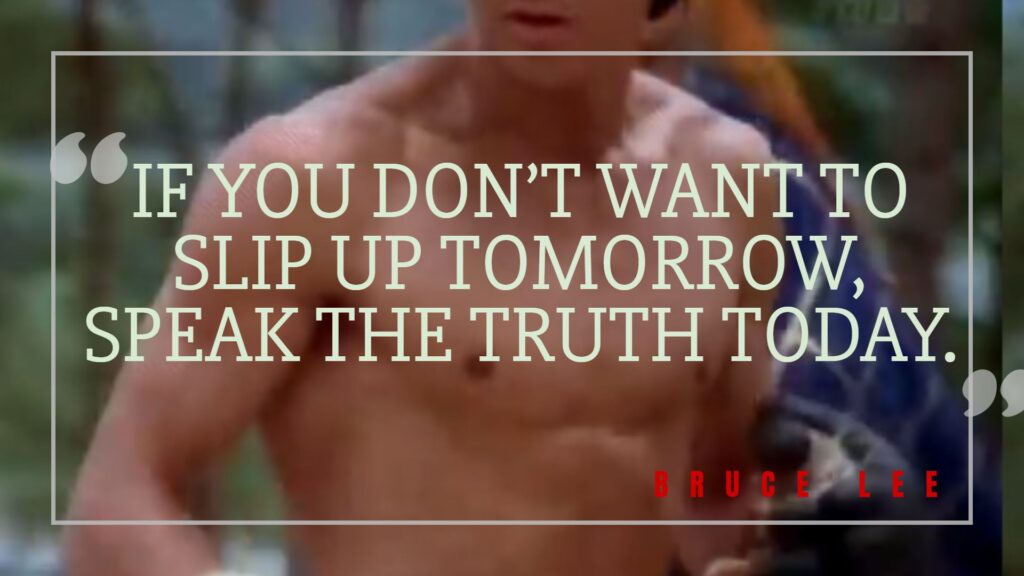 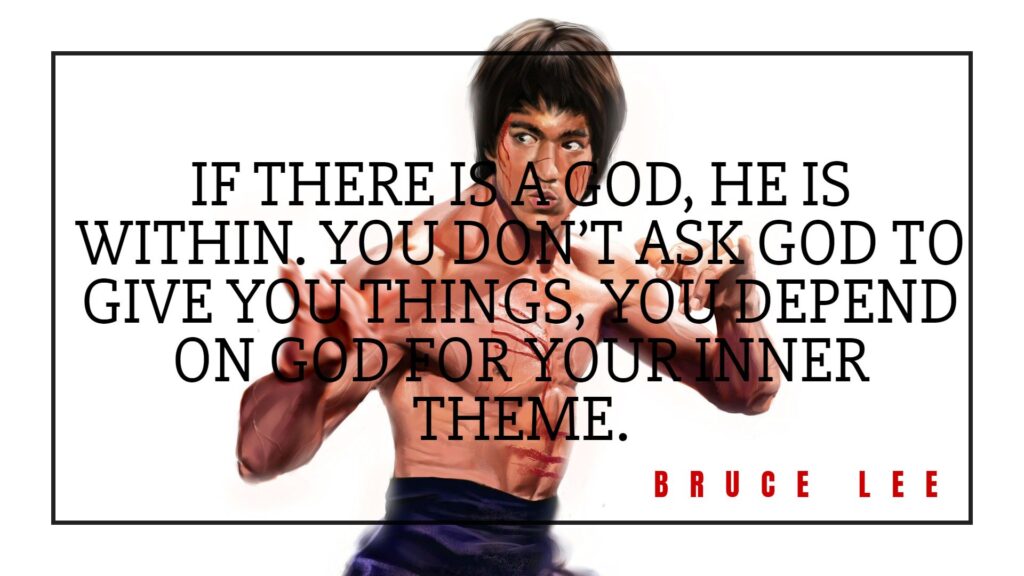 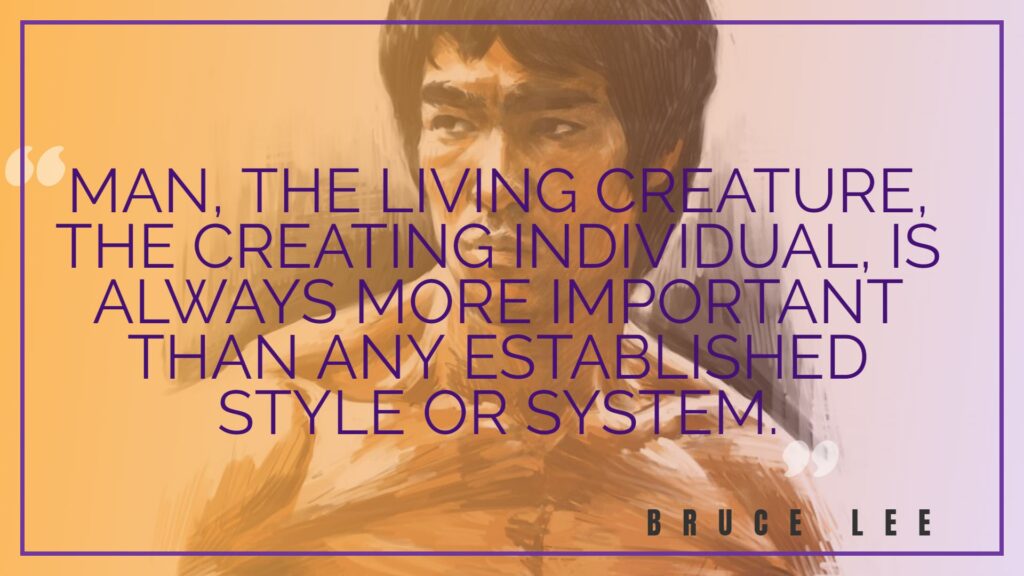 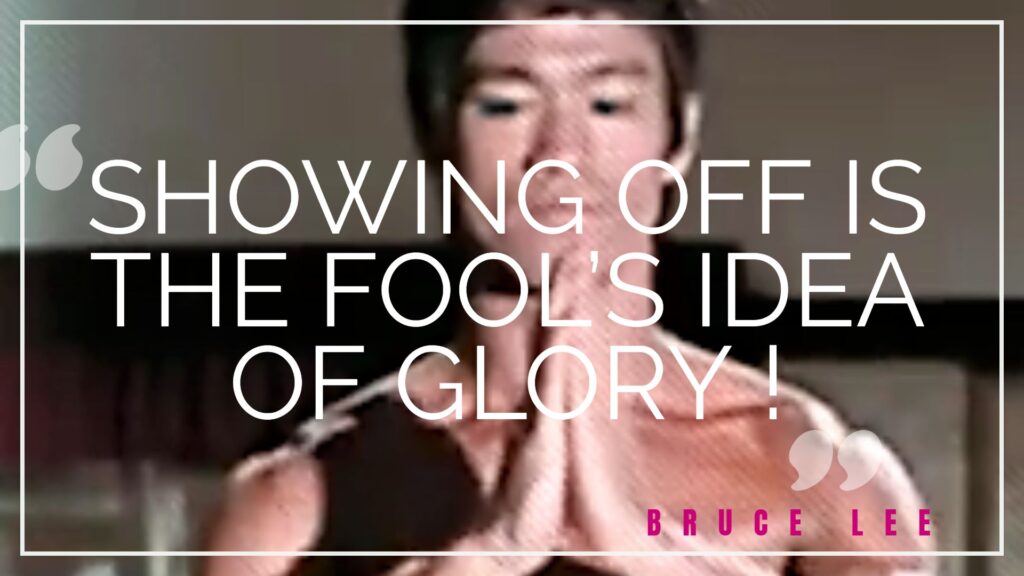 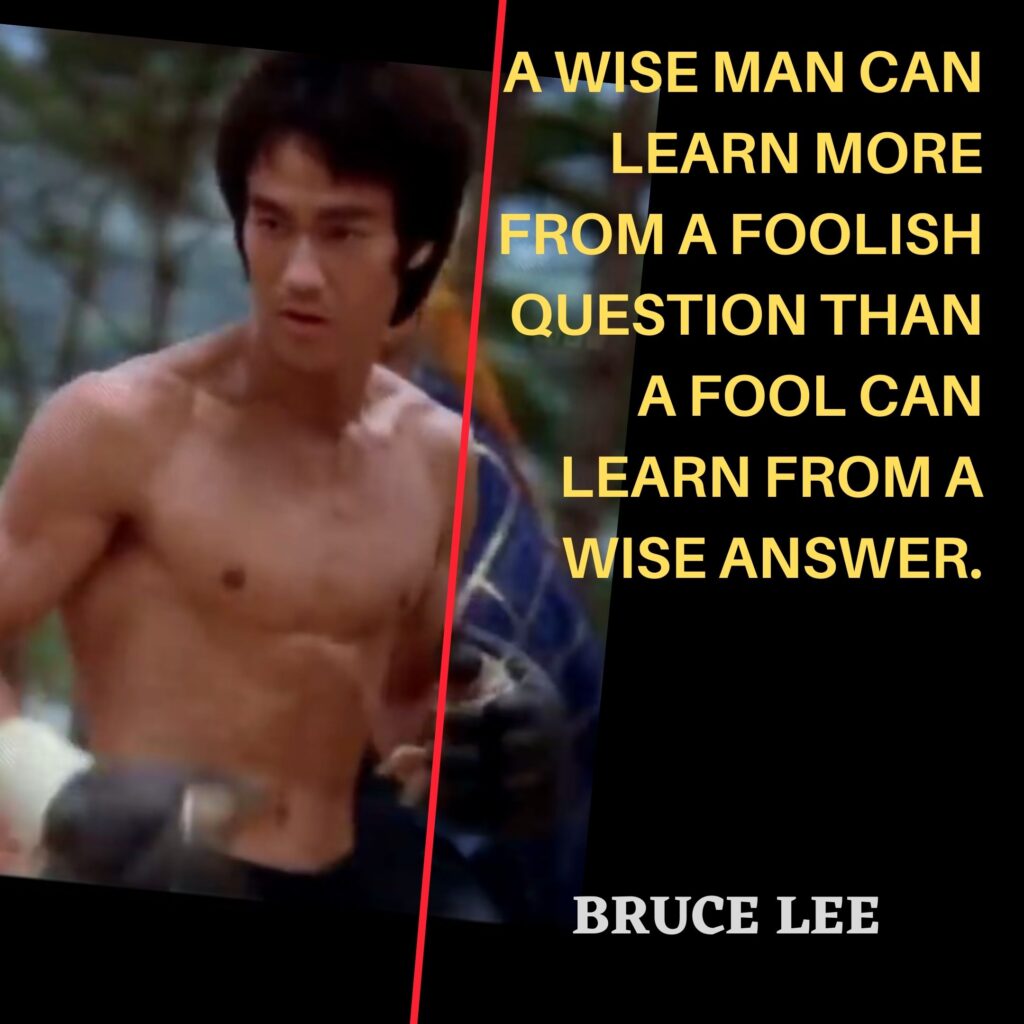 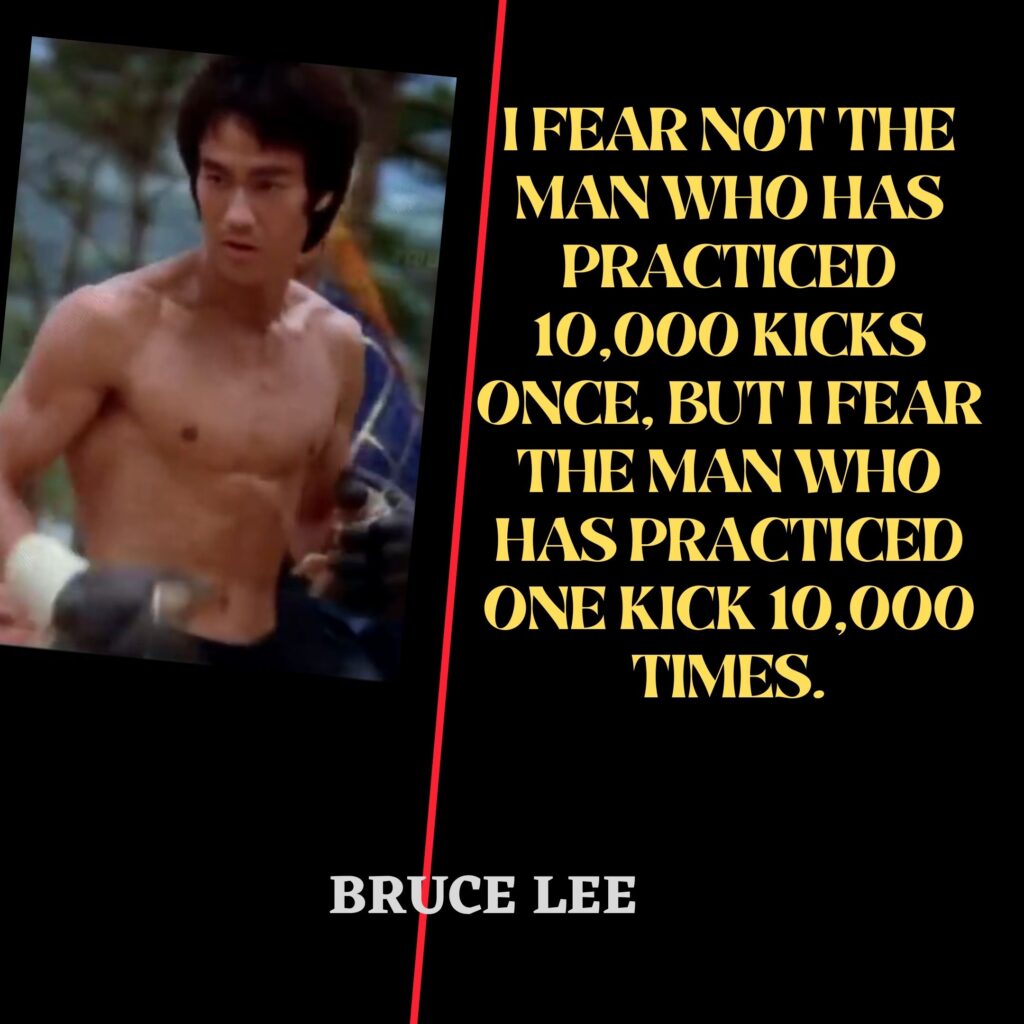 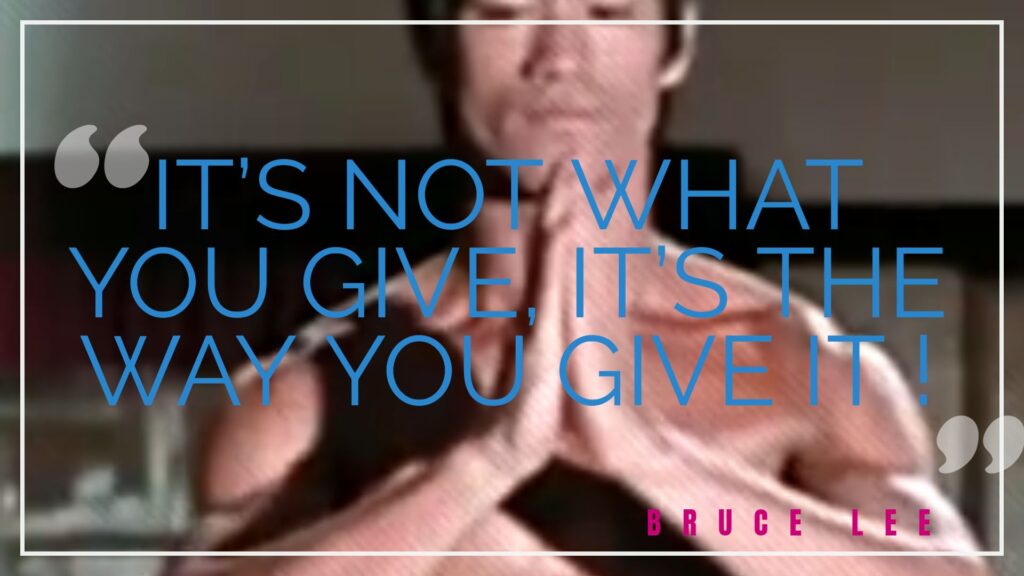 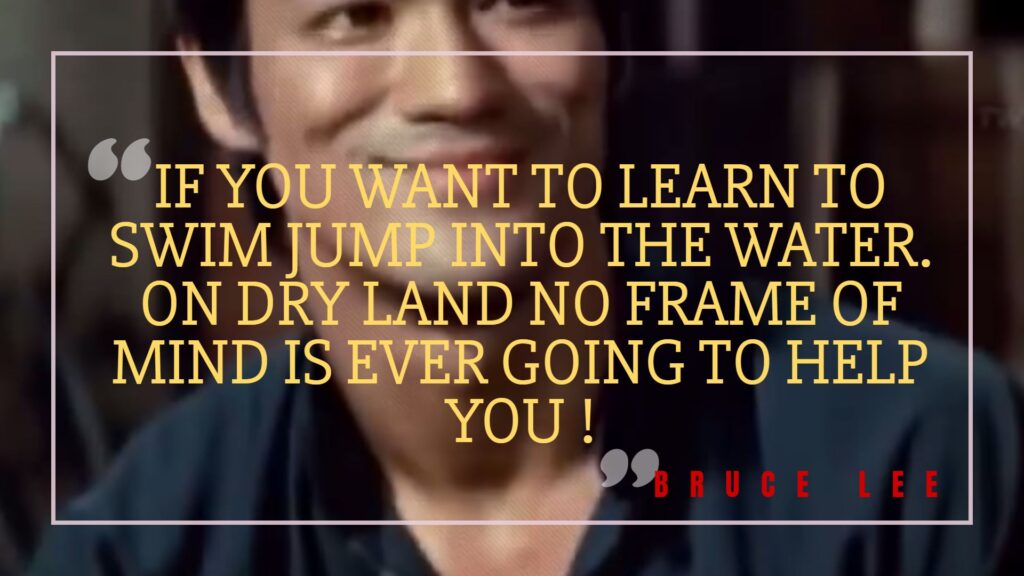 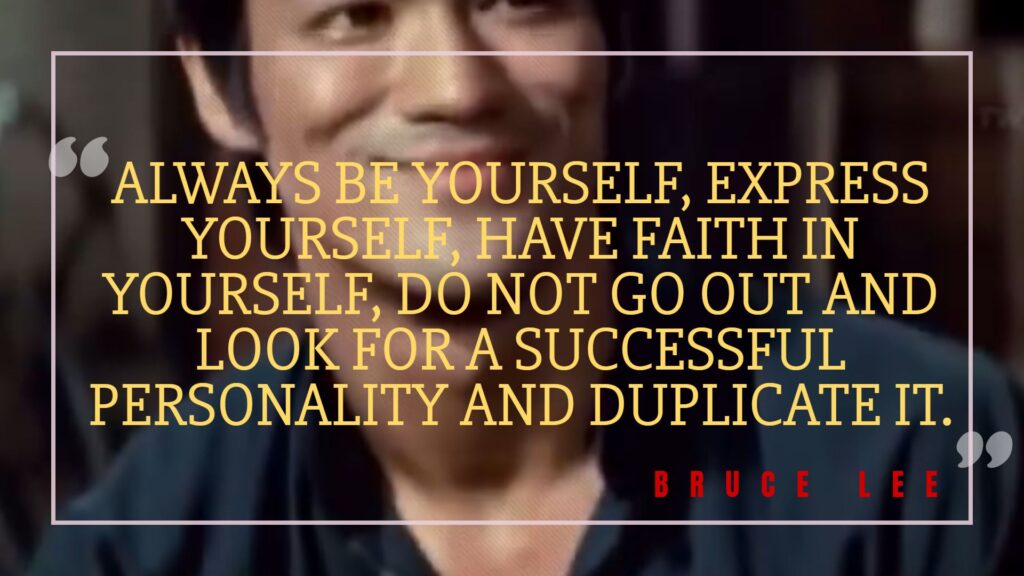 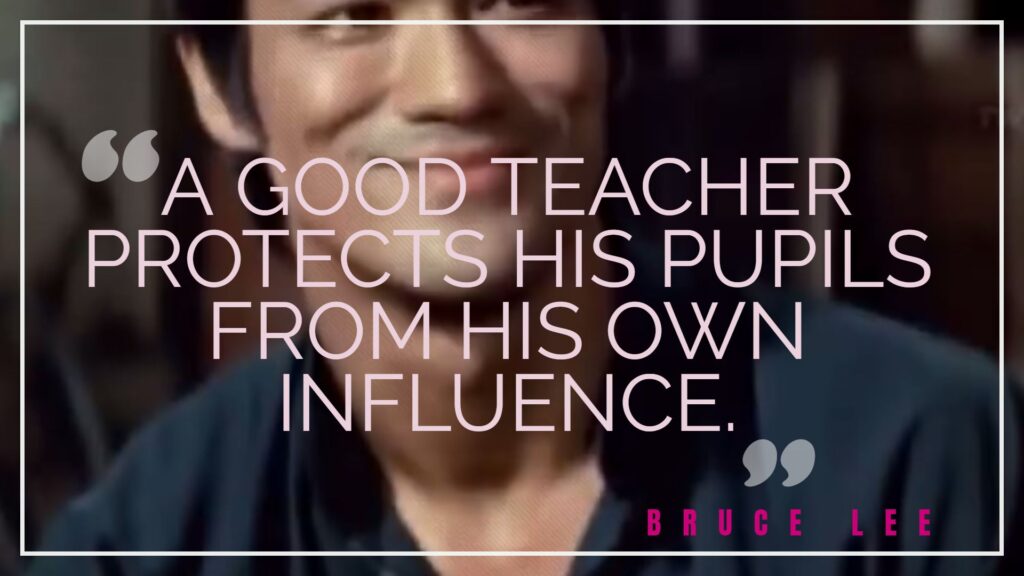 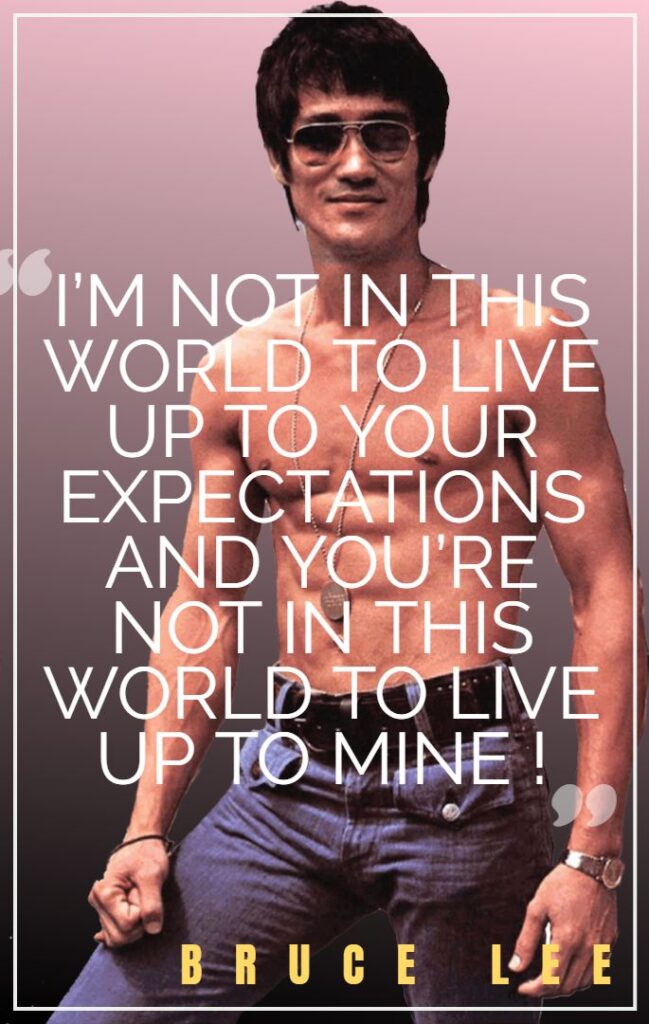 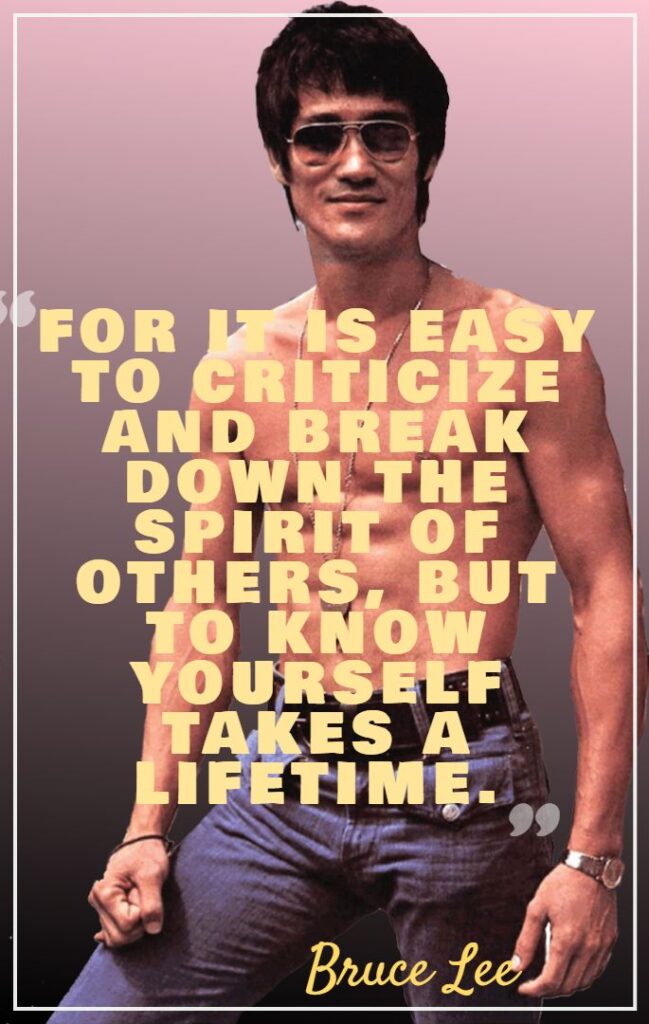 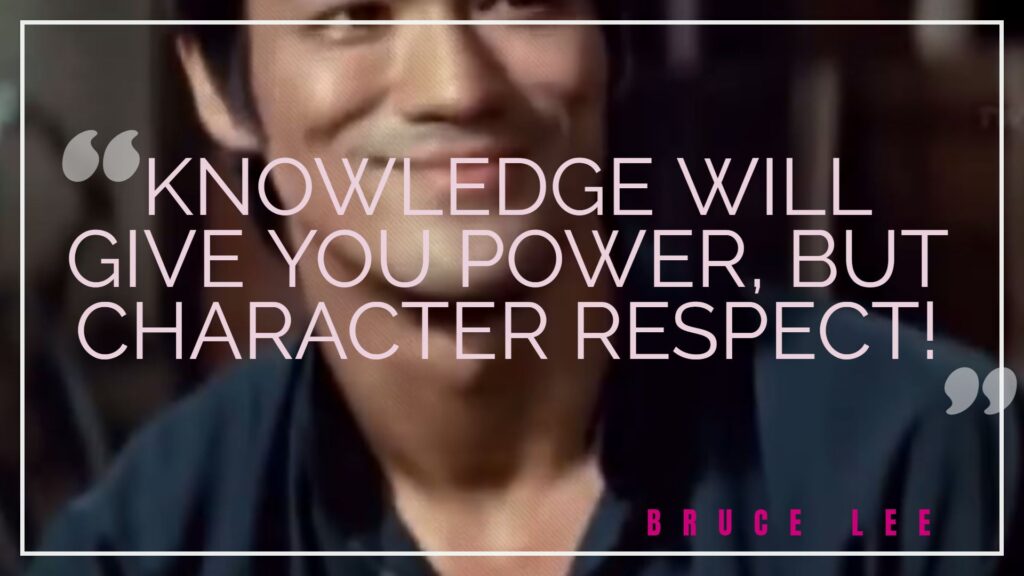 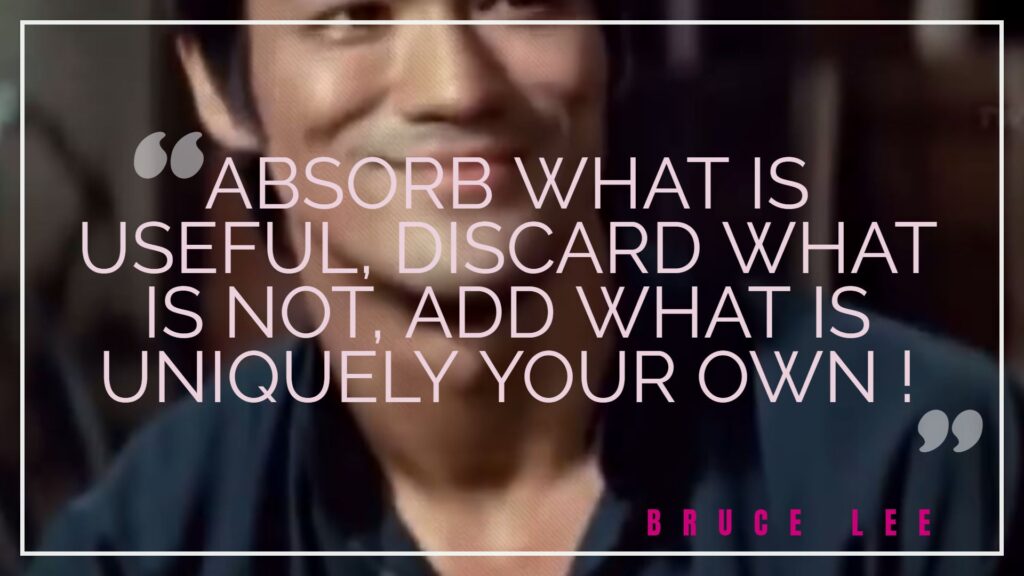 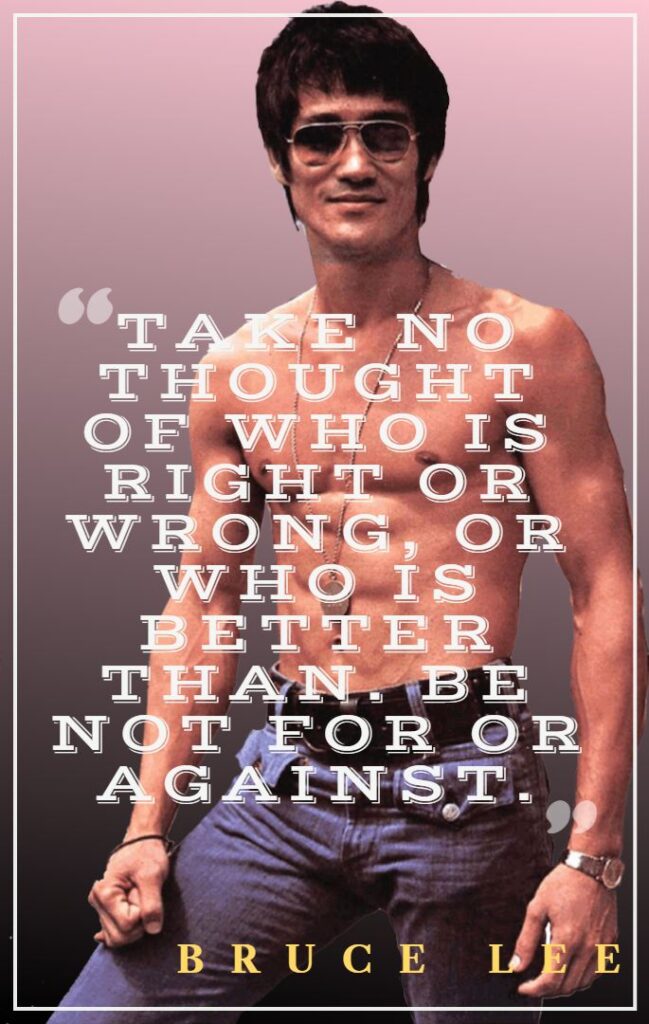