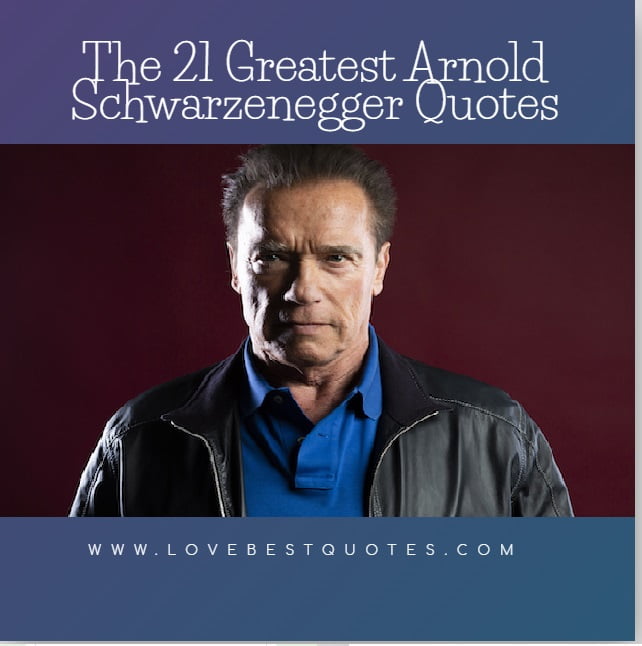 1. The American politician, actor, director and entrepreneur of Austrian origin was the 38th Governor of California (United States) from 2003 to 2011. He found his political goal in environmental protection and the production of renewable energies. His repeated approval of the death penalty led to controversial discussions. In 2007 he was confirmed for a second term. Before that, Arnold Schwarzenegger became known as the most successful bodybuilder before he became one of America’s most popular action actors. Schwarzenegger celebrated his international breakthrough after “Conan, the Barbarian” (1981) in the role of a cyborg in the cinema production “Terminator” (from 1984). The film star was also able to assert himself in humorous roles such as “Kindergarten Cop” (1990) or “Junior” (1994). His most successful films include “Total Recall (1990),” True Lies “(1994),” End of Days “(1999) and” Collateral Damage – Time of Retaliation “(2002)

2. Arnold Schwarzenegger was born as the second son of Aurelia Schwarzenegger and the gendarme Gustav Schwarzenegger on July 30, 1947 in Thal near Graz. He grew up in a middle-class family with his family. Arnold discovered weight training while still at school. At the age of 15 he started exercising regularly. In 1965 Schwarzenegger won the junior championships.

3. In 1967, at the age of just 20, he was named the youngest “Mister Universe” in London. After he could not find any further challenges in Austria, he traveled to the USA in 1970 to devote himself to his career. The first attempt to get into show business failed with the film “Hercules in New York”. Schwarzenegger didn’t get another chance for a long time. In addition to successfully marketing strength foods for bodybuilders, he focused again on his bodybuilding career. From 1973 he studied business administration and economics in Wisconsin, which he completed in 1979 with a Bachelor of Arts in international economics.

4. In 1974 he planned to leave weight training. In the following year, however, he entered again for the elimination of the “Mister Olympia”. By then he had already won this title five times. In the same year the documentary “Pumping Iron” was made, which was a great success and was awarded the “Golden Globe” for Best Newcomer. In 1977 Schwarzenegger received a guest role in “The Streets of San Francisco”. In 1979 he became an international weightlifting trainer at the Special Olympics. In the meantime he was honorary president and a prominent figurehead of this event.

5. After an extensive casting, he was selected for the role of Conan in “Conan – The Barbarian” in 1981. The movie was a great success for Schwarzenegger, who had no acting training: The film is still considered a cult flick among Schwarzenegger fans today. Schwarzenegger took American citizenship in 1983. In 1984 the sequel with the title “Conan – The Destroyer” followed.

6. In 1984 the actor made his international breakthrough in the film business with “Terminator”. In the fantasy thriller he embodied an artificial killing machine from the future that travels into the past. On April 26, 1986, he married the Democratic journalist Maria Shriver, the niece of John F. Kennedy. Together they became parents of four children: Katherine (1989), Christina (1991), Patrick (1993) and Christopher (1997). In the film, Schwarzenegger devoted himself to humorous work, such as in 1988 with Danny DeVito in “Twins”. Here they both play an unequal pair of twins in search of their mother. In 1989 he directed the TV horror series “Tales from the Crypt”, in which he later appeared in a guest role. In 1990 the future thriller “Total Recall” was created and in 1991 the sequel to “Terminator”, “Terminator II.” In 1996 he was awarded the Bambi. In 1997, Schwarzenegger survived a complicated heart operation.

7. In August 2003, the movie star announced his candidacy for governor in the state of California after Governor Gray Davis was removed. As a promising candidate, Schwarzenegger was compared to Ronald Reagan, who once made the leap from California governor to president of the United States as a film star and western hero. On October 8, 2003 Arnold Schwarzenegger won the early gubernatorial elections in the US state of California with a majority of 48% and was sworn in as the 38th governor of California on November 17, 2003. At the end of September 2005, the California governor vetoed a bill that would legalize same-sex marriage in the US state.

8. He found his political goals in environmental protection and the production of renewable energies. His repeated approval of the death penalty led to controversial discussions. Schwarzenegger was re-elected for a second term on November 7, 2006 with a majority of 55.9%. He was sworn in for his final term on January 5, 2007. In January 2011, his second term ended as the 38th Governor of California. He was succeeded on January 3, 2011 by Jerry Brown. On October 4, 2012, he published his autobiography under the title “Total Recall: Autobiography – The True Story of My Life”. In 2015 he played a guest role in the television series “Two and a Half Men” (episode 12×16). In the same year he was awarded the Golden Camera for his life’s work. In 2017 Schwarzenegger became Commander of the Legion of Honor.

Arnold Schwarzenegger ‘s inspirational and powerful quotes have inspired millions of people around the world.  He has a unique way of delivering his lectures which is very appealing, inspiring and motivating. 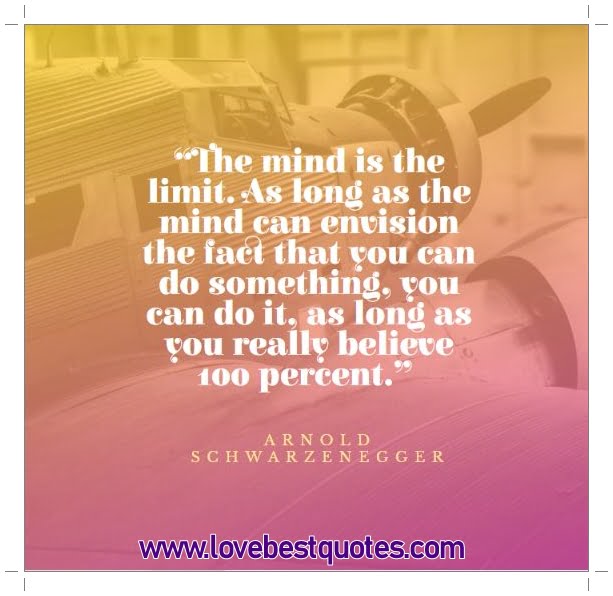 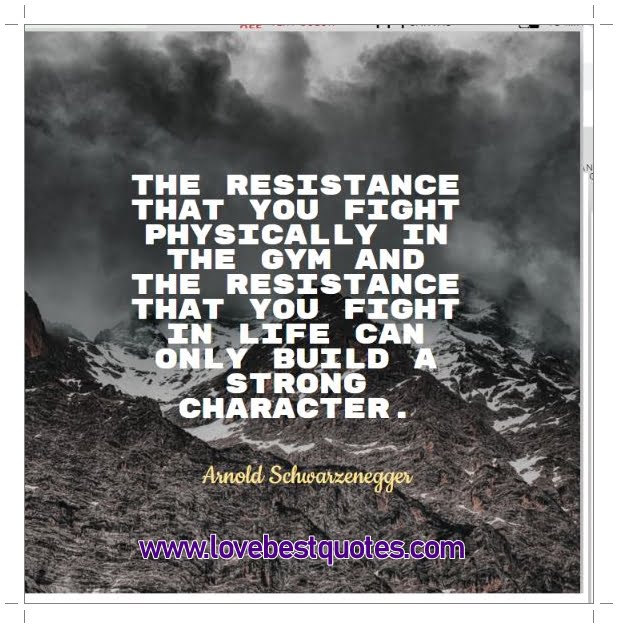 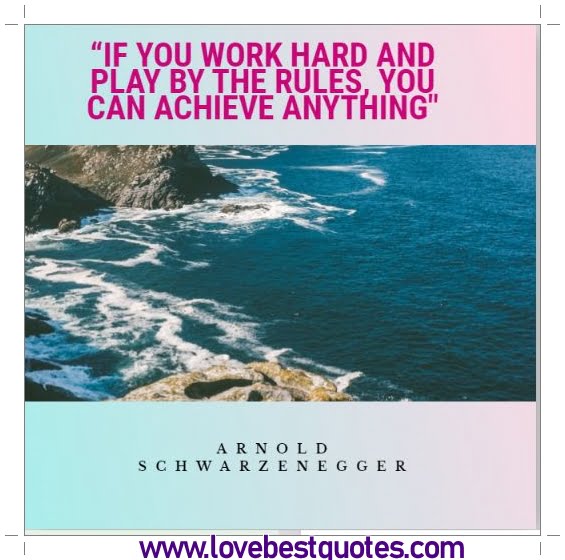 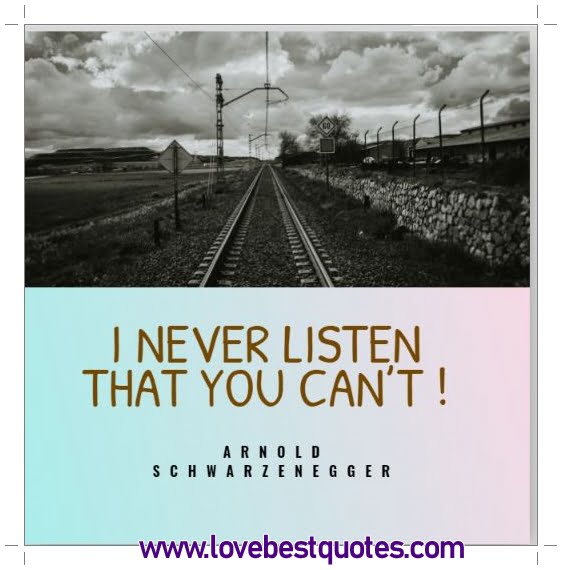 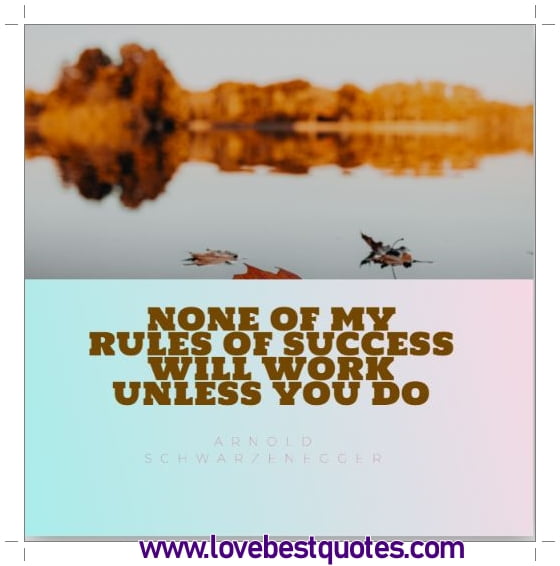 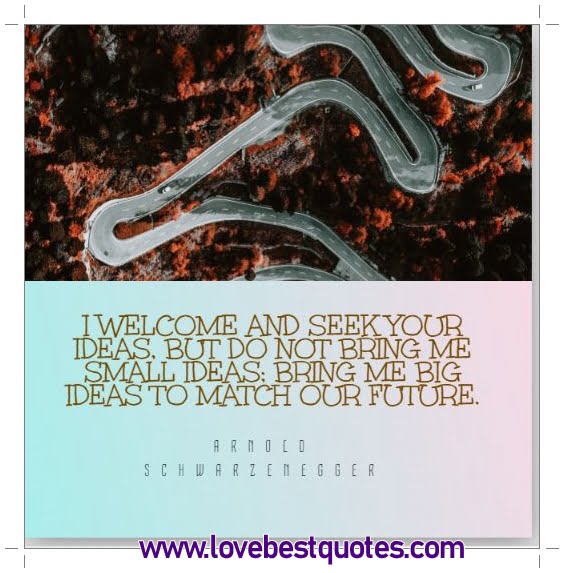 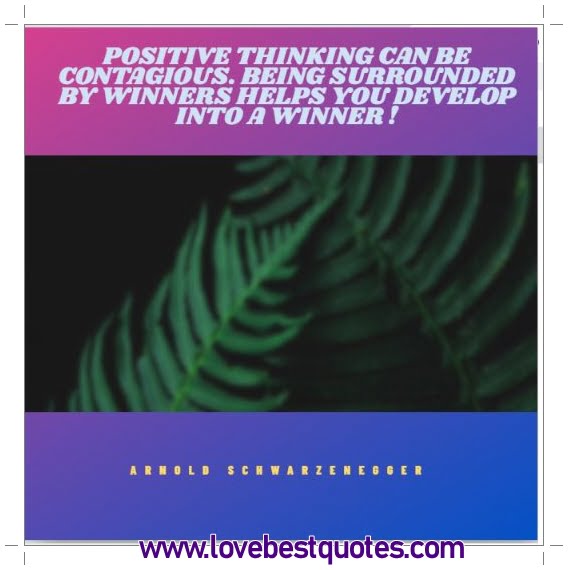 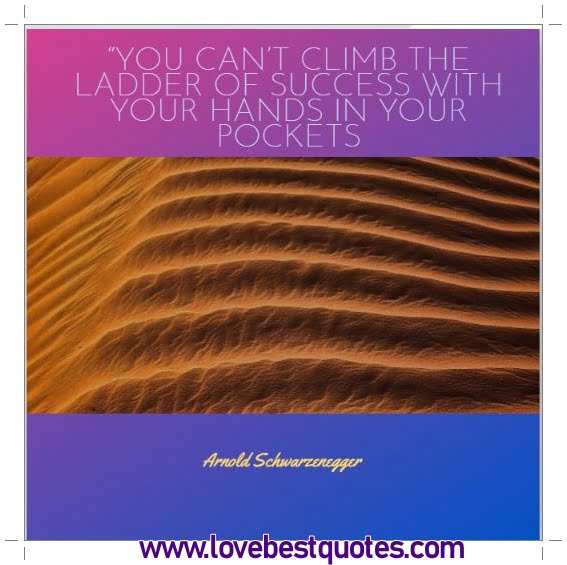 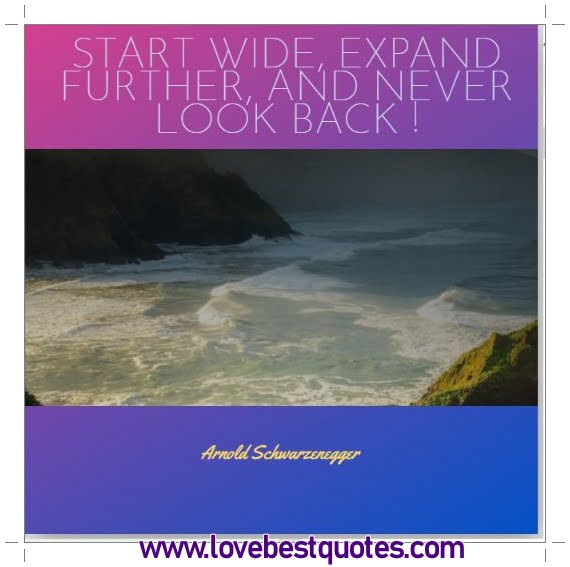 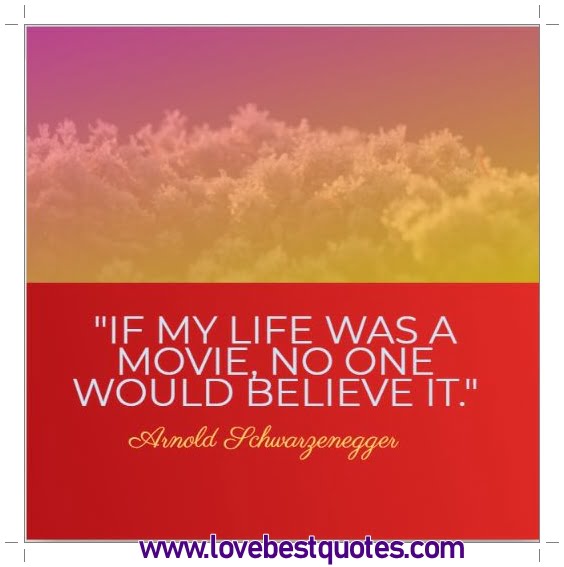 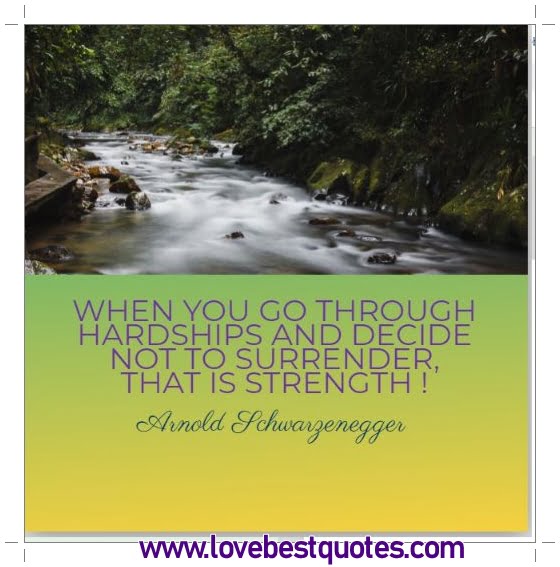 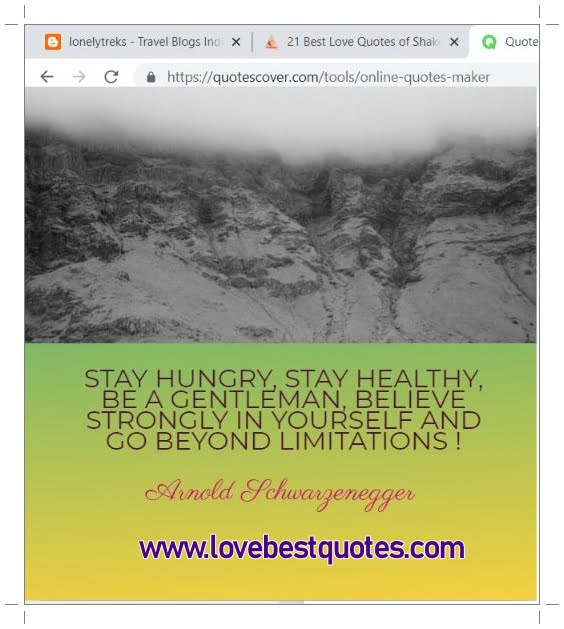 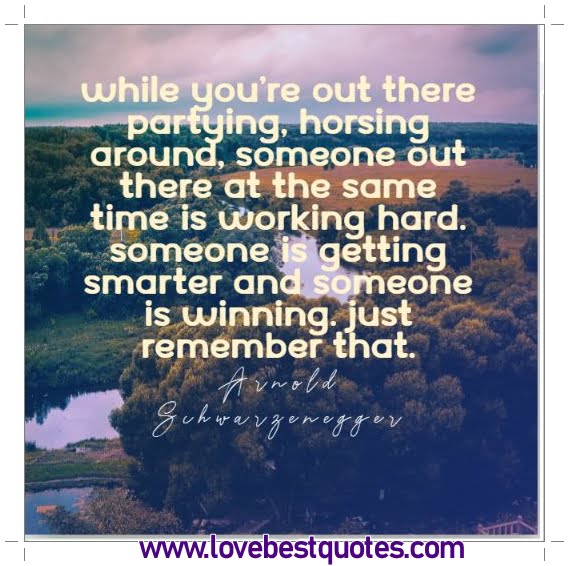 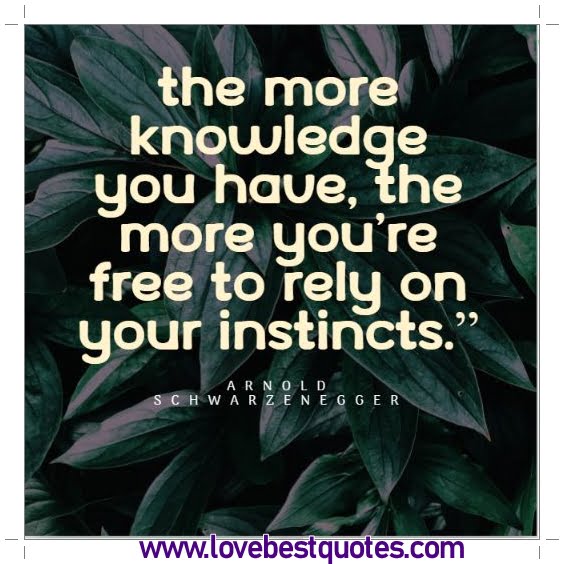 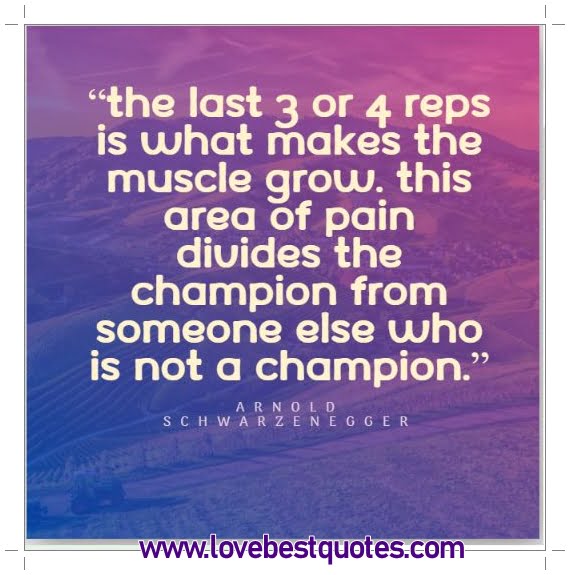 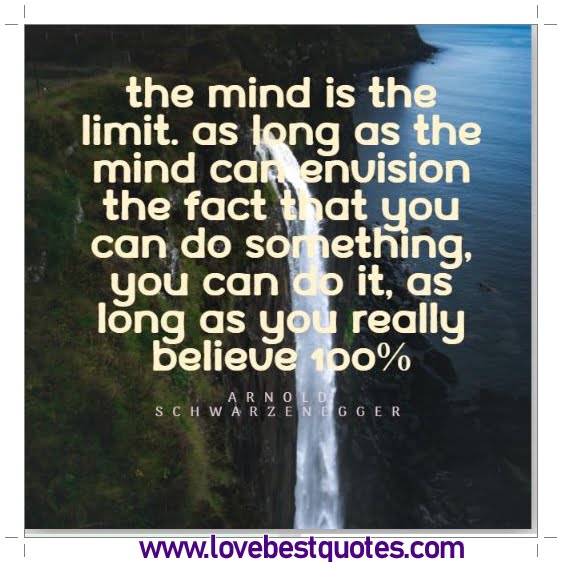 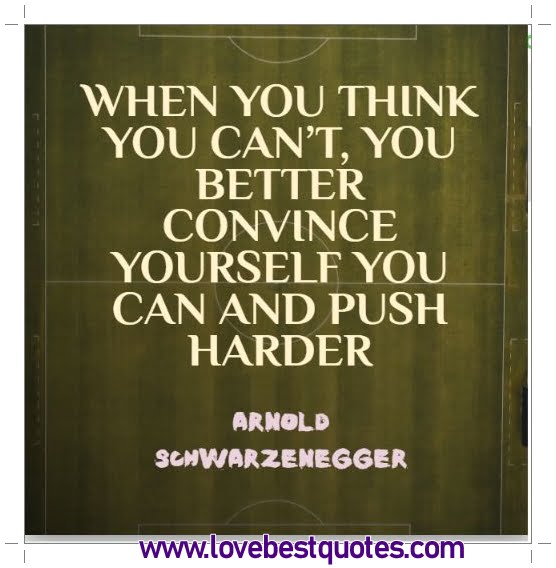 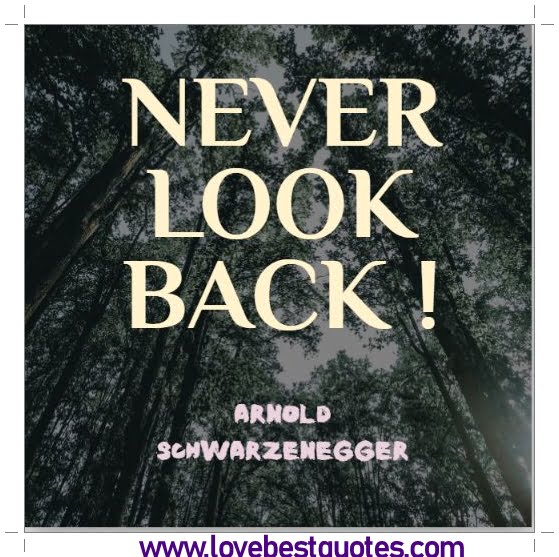 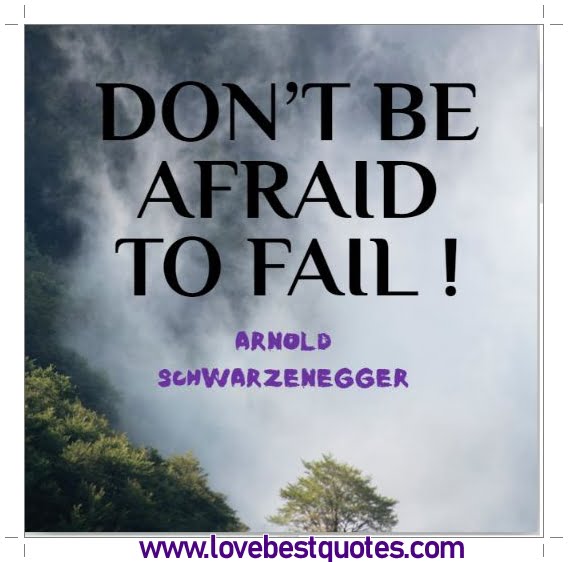 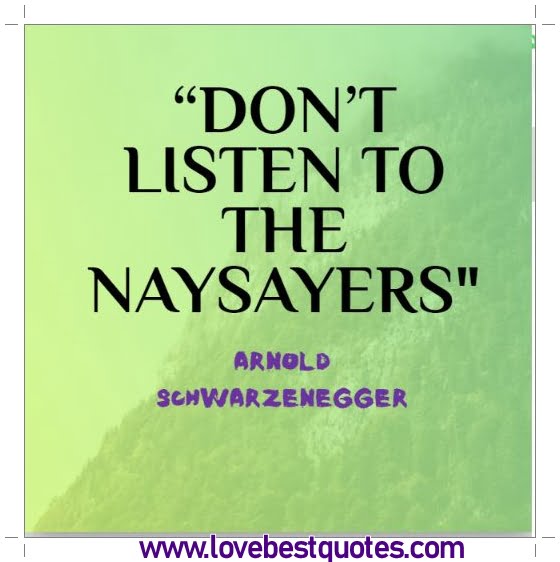