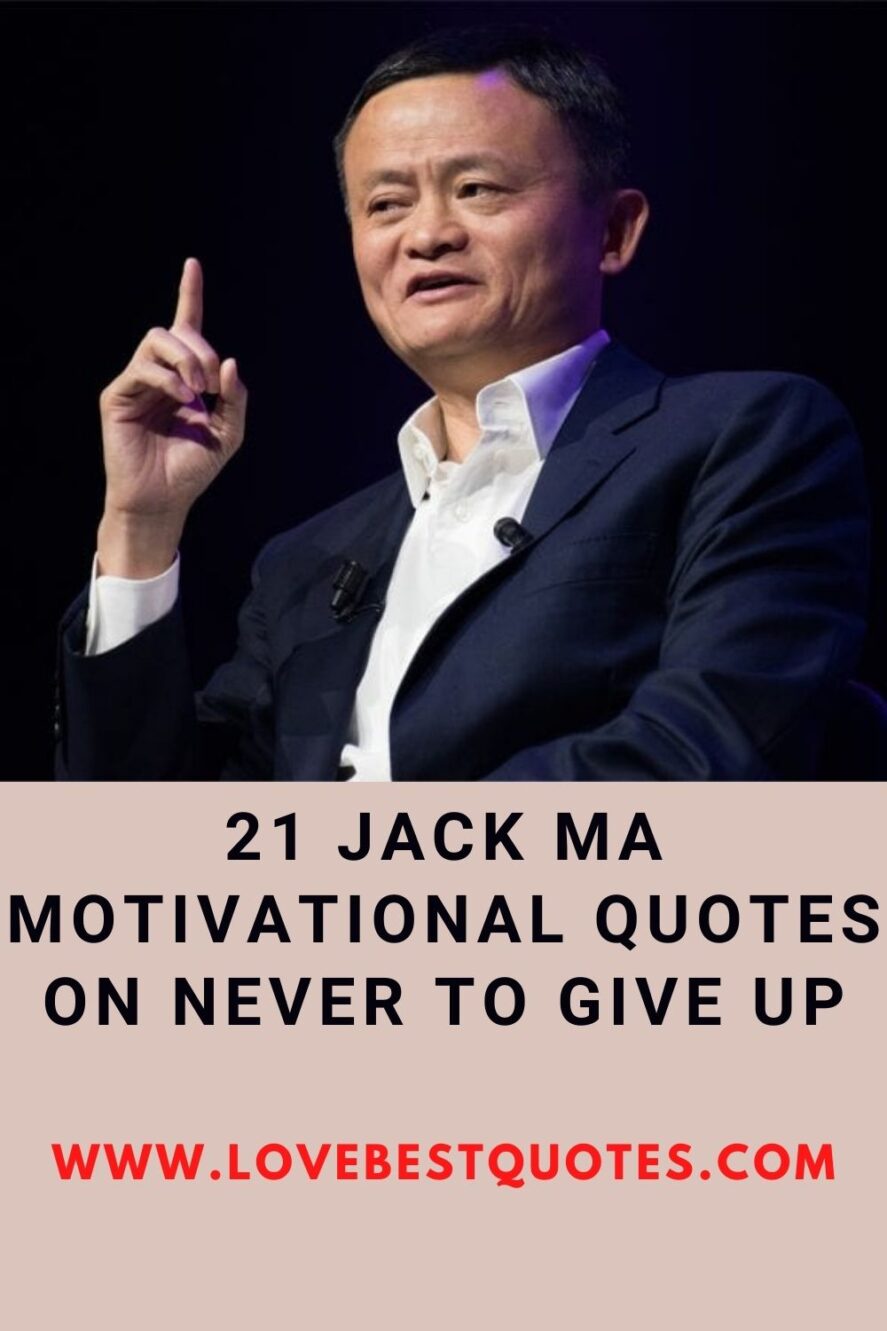 Jack Ma (Ma Yun) was born on 10 September 1964 in Hangzhou, Zhejiang province, China.   He went on to become the richest man in China, owner of the business-to-business marketplace Alibaba.com and the shopping site Taobao.com and other businesses.

Jack Ma became learned English when he learned the language as a young boy.  During his teens, he worked as a guide for foreign tourists that came to Hangzhou, China in order to improve his proficiency in English.  Ma was an average student and failed the entrance exam for the Hangzhou Teachers College twice.  His skills in Maths and Science were poor.  He tried the third time and was admitted in 1984.  He graduated in 1988 with a bachelor’s degree in English.   Jack Ma was good in languages and from 1988 to 1993 he taught English at the Hangzhou Institute of Electronics and Engineering which is now known as Hangzhou Dianzi University.  He was not satisfied with the salary of a teacher and so in the year 1994, he founded his first company, the Haibo Translation Agency, that provided English translation and interpretation.

How Jack Ma Started His Business

In 1995, he got an opportunity to visit the United States on behalf of the Hangzhou city government.  There he had his first encounter with the Internet and saw the lack of Chinese websites as a great business opportunity. When he returned back to his country, he founded China Pages, which created websites for Chinese businesses.  It was China’s first Internet company but he left the company two years later, because of strong competition from the communications company Hangzhou Telecom, which had founded a rival company, the Chinese page.  Jack Ma was unsuccessful at this stage and he worked briefly from 1988 to 1989 as head of an Internet company in Beijing.  This company was backed by the Ministry of Foreign Trade and Economic Cooperation. At that time he thought that if he remained with the government, he would miss out on the economic opportunities, especially that the Internet was bringing.

He resigned from the Ministry in 1999 and gathered 18 people, many of his team from the Ministry,  in his apartment and spoke to them for two hours about his vision. Everyone who was present there put their money on the table, the total of which was $60,000.  With this money, he started a company called  Alibaba.com.   Working from a small apartment, Jack Ma created a new company in 2003 called Taobao (searching for the treasure) which is a consumer-to-consumer online marketplace.

During that time, eBay, the American company, in collaboration with a Chinese company EachNet, had a market share of 80 percent.  Jack Ma saw an opportunity here.  eBay-EachNet charged users a transaction fee whereas Taobao offered this service for free.  Merchants don’t have to pay to sell products on Taobao; the fee-free model became a big part of its appeal in China.  Instead, the merchants paid for advertising and other services to allow them to stand out from the crowd.  By the year 2007, Taobao had a 67 percent market share.

There has been no looking back since then.  In September 2014 the Alibaba Group debuted on the New York Stock Exchange and raised $21.8 billion through its IPO.  That IPO was the largest ever in the US, giving Alibaba Group a market value of $168 billion, the highest such value in IPO history at that time for any Internet company.   The best way to understand Alibaba is that it is a mix of eBay, Amazon, PayPal with a dash of Google thrown in.  The unique selling point of Alibaba is that unlike Amazon, which buys goods from suppliers and sells them to customers, Alibaba acts as a middleman, connecting buyers and sellers.

Jack Ma is now officially the richest man in China with an estimated net worth of $25 Billion.  Jack Ma holds a  share of 7.8% in Alibaba and a 50% stake in Alipay.  Although Alibaba and Jack Ma may not be household names outside of China, it is interesting to know that Alibaba is worth more than Facebook, and processes goods more than eBay and Amazon combined. Zhong Shanshan with net worth of 58.7 billion has dethroned Jack Ma as the richest man in China.  But Jack Ma continues to inspire millions all over the world due to his humble and simplistic style.

What is the reason for such phenomenal success of this man?  Jack Ma’s success is based purely on hard work, vision, a strong consumer focus, and sophisticated knowledge of market needs.  He has been an inspiration to millions of people around the globe and has often spoken on various forums, platforms, and media.  Here are 21 Jack Ma Motivational Quotes to Never Give Up.   Get inspired and share them with your family, friends and associated/colleagues.

“WHEN YOU ARE SMALL YOU HAVE TO BE VERY FOCUSSED AND RELY ON YOUR BRAIN NOT YOUR STRENGTH !”

“A leader should be a visionary and have more foresight than an employee.” Jack Ma

“If there are nine rabbits on the ground, if you want to catch one, just focus on one.” Jack Ma

“If you’ve never tried, how will you ever know if there’s any chance?” Jack Ma

“If you don’t give up, you still have a chance. Giving up is the greatest failure.” Jack Ma

“When we have money, we start making mistakes.” – Jack Ma

“The very important thing you should have is patience.” Jack Ma

“They called me crazy Jack. I think crazy is good. we’re crazy but we’re not stupid.” Jack Ma

“We appreciate yesterday, but we’re looking for a better tomorrow.” – Jack Ma

“You should learn from your competitor. But never copy, copy and you die.” Jack Ma

“I never thought the money I have belongs to me. It belongs to society.” Jack Ma

“You never know that the things you’re doing are that meaningful to society.” – Jack Ma

“We should never finish a 20 year program in two years.” – Jack Ma

“You never know how much can you do in your life.” – Jack Ma

“We are never in lack of money. We lack people with dreams, who can die for those dreams.”     – Jack Ma

“The world will not remember what you say, but it will not forget what you have done.” Jack Ma