The Bible is the holy book of Christians all around the world.  It is a collection of religious texts or scriptures sacred not only to Christians but Jews, Samaritans, and many others as well.  The Bible is generally to be believed to be a product of divine inspiration and a record of the relationship between God and humans. The Bible is in the form of anthology that is a compilation of texts of a whole lot of different varieties.  These texts in various forms are linked by the belief that they collectively contain the word of God. All these texts include historical accounts, parables, letters, prayers, hymns, sermons, poetry and prophecies.  All in all the bible contains the words of God himself.

When was the Bible first written and by Whom

It is said the Bible was written over a span of 1500 years, by 40 writers. Unlike the writings of many other religious writings, the Bible reads as a factual news account of real events, places, people and their dialogues. Historians and archaeologists have repeatedly confirmed its authenticity. According to both the Jewish and Christian Dogma, the books of Genesis, Exodus, Leviticus, Numbers, and Deuteronomy, the first five books of the Bible and the entire Torah, were written by Moses in about 1,300 B.C.  Until the 17th century, received opinion had it that the first five books of the Bible – Genesis, Exodus, Leviticus, Numbers, and Deuteronomy – were the work of one author,  Moses. That theory has since been seriously challenged.

Who Compiled the Bible as we Know it Today

Scholars also believe and rightly so that the bible stories were disseminated by word of mouth across the many centuries.  They were passed from generation to generation in the form of oral tales, poetry, sayings just like folk tales; this was also perhaps a means of forging a collective identity among the various tribes of Israel. These stories were then collected, collated, and written down, finally coming in the form of various books of the bible. Who wrote them and when a question is unanswered.

What is the Main Message of the Gospel

There is no doubt that the Bible contains the words and messages of God.  The central theme which is consistently seen in all the books of the bible is that: God, who created us all, desires a relationship with us humans. He wants us to know him, call him, and trust him.  The Bible therefore not only inspires us but it explains life to us and tells us about the all-powerful Almighty God high above.  The bible also shows us how to live our life with purpose and compassion and encourages us to rely on our God for strength, direction, and enjoy his love for us.  One biggest message and teaching of the Bible is to tell us how we can have eternal life.

Sources of the Bible

The Bible that we have today is the same as that was originally written thousands of years ago. Many people believe that the idea that the Bible has been translated so many times, that it has become corrupted through stages of translating. That would probably be true if the translations were being made from other translations. The truth however, is that these translations were actually made directly from original Greek, Hebrew, and Aramaic source texts based on thousands of ancient manuscripts.

Who Wrote the New Testament

The New Testament is a collection of 27 books attributed to different writers.  These books were gradually collected into a single volume known as New Testament and amazingly the effort took several centuries. Of the 27 books, 13 are attributed to St Paul, the apostle who converted to Christianity when he met Jesus on the road to Damascus.  He wrote a series of letters that helped in spreading the word of God and the Faith throughout the Meditterenean world.

The Four Gospels of the New Testament

Please click on the links below  for beautiful verses and messages from the Bible.  Share these with your loved ones.  May Lord Jesus Bless You all abundantly today and everyday of your life.

VERSES OF HOPE DURING HARD TIMES 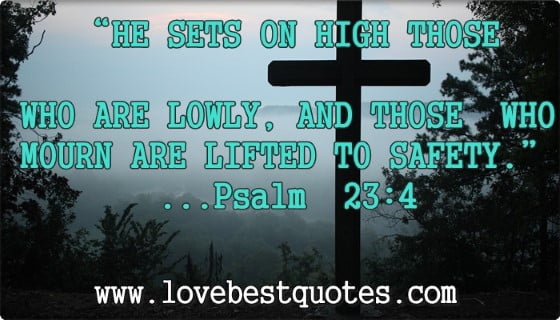