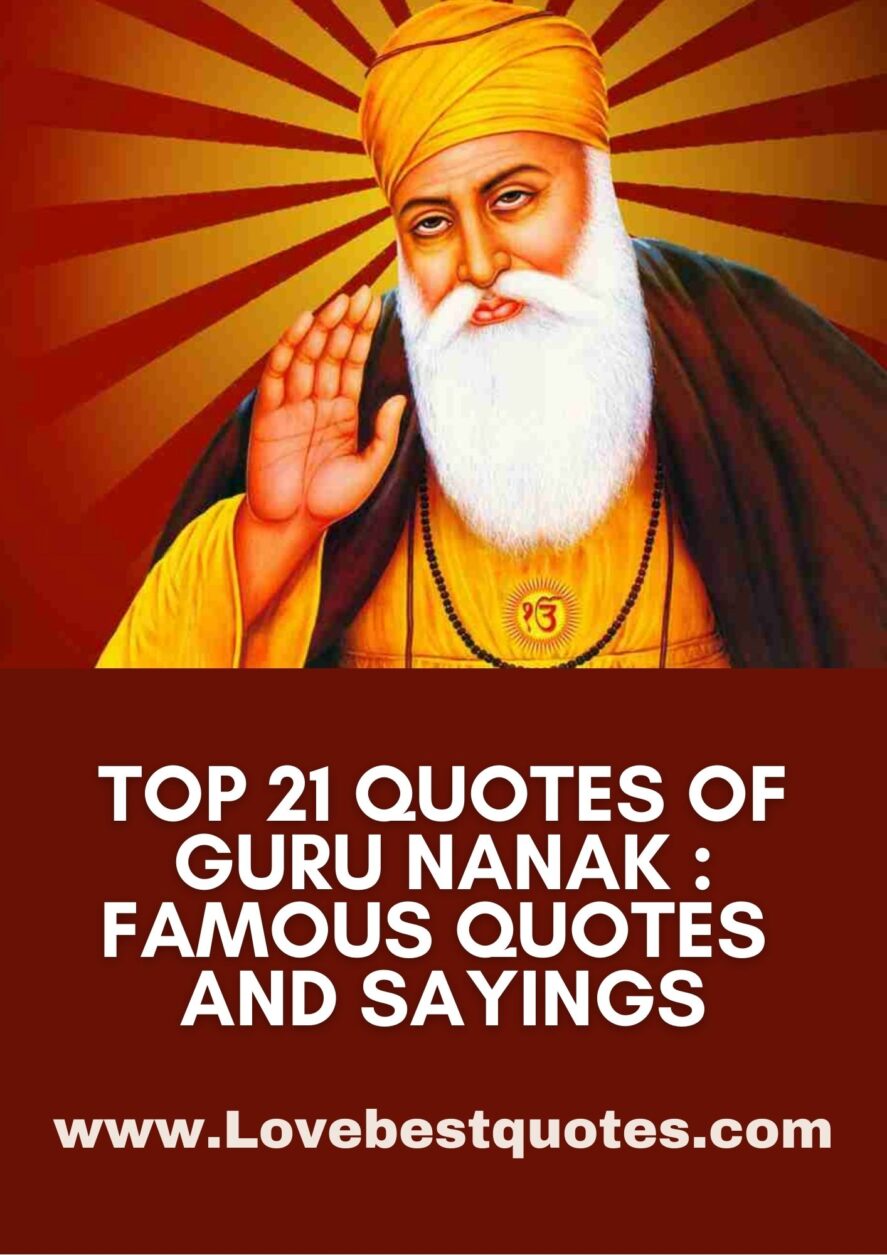 Guru Nanak Dev traveled throughout the length and breadth of the country and taught folks about the message of God. He emphasized that there is only one God who lives in all his creations and that is the ultimate final Truth. Guru Nanak Devji built a unique novel, social, spiritual, religious, non-secular, and non-political community, which was based mostly on the values of fraternal love, equality, goodness, and virtues.

The sayings and teachings of Guru Nanak have been compiled in the form of 974 poetic hymns, within the  Guru Granth Sahib, the holy scripture of Sikhism. Some of the revered prayers of the holy book are the Japji Sahib, the Asa di Var and the Sidh-Ghost.

The religion of Guru Nanak Dev Ji was not a system of philosophy like Hinduism. It was of a discipline of the self and a way of life, a force, which linked one Sikh with another as well as with the Guru.

The society was always there for the benefits of the princes, priests, and politicians. What concerned the common folks, the peasants and their sufferings and hardships was hard of any concern to anyone that the powers be.  Guru Nanak’s work, to begin with, assumed the form of an agrarian movement.  His teachings have been purely in the Punjabi language, mostly spoken by cultivators. He appealed to the downtrodden and the oppressed peasants and petty traders, as they had been ground between the two stones of Government tyranny and the new Muslim brutality.

Guru Nanak’s faith consisted of the love of God, love of man, and love of godly dwelling.  His religion was above the boundaries of caste, creed, and nations.  He gave his love to all alike whether Hindus, Muslims, Indians, and foreigners. His religion was a people movement, based mostly on the brotherhood of all human beings.  Like Rousseau, Nanak felt 250 years earlier than it was the common people who made up the human race.  Guru Nanak Ji is accredited with establishing a distinctive social, political and spiritual-religious platform, based mostly on virtue, equality, goodness, and love.

How Guru Nanak Jayanti is Celebrated

Guru Nanak Dev Ji led an eventful life, full of wisdom.   Gurpurab or Guru Nanak Jayanti is celebrated across the globe as the birth anniversary of the first Guru of the ten Sikh gurus and the founder of Sikhism, Guru Nanak Dev Ji.  This 2020, Gurpurab will be celebrated on November 23, 2020.  On this occasion, people from the Sikh community celebrate this day with great zeal and enthusiasm. To honor the teachings of Guru Nanak, Sikh people put stalls at various locations in their cities and treat other people with sweets, food, and sweet drinks.

Since Guru Nanak Dev Ji was the flag bearer of virtue, equality, goodness, and love, he is considered as one of the most religious, spiritual non-secular thinkers ever. He traveled a lot and spent a life full of wisdom. The following are some of the best guru nanak dev ji quotes that perfectly depict how he valued equality and goodness within society.