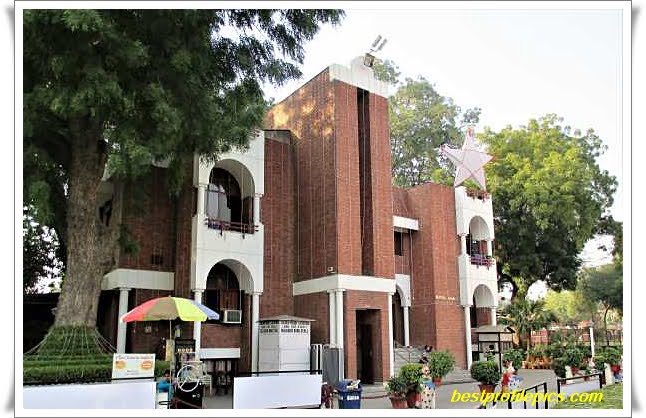 1. Christmas, commemorating the birth of Jesus Christ is celebrated the world over on 25th December. It is one of the most popular festivals celebrated by billions of people around the world. Christmas Day which falls on 25th December is a public holiday in many countries of the world including India. This festival is popular among non-Christians as well and is eagerly awaited by everyone in India, as this signals that the year is about to end and the new year is also on the horizon with a week.

where did christmas come from

2. The bible tells the story of the Jesus birthday story. Accordingly to the Bible, in the New Testament, about two thousand years ago, God sent commanded his angel named Gabriel who visited a young woman named Mary in the town of Nazareth and told her that she would have a son named Jesus. Jesus would be the son of God. The birth of the son of God had been prophesied long time ago in the bible

3. God then sent his angel Gabriel who also visited Joseph; Mary’s soon to be husband and told him about the birth of Jesus. Now there was a decree from the Roman emperor that all the citizens will have a census in their town. Therefore when Joseph and Mary arrived in the city of Bethlehem, there was no room in the inn. Seeing that Mary was due at any moment, the owner of the inn offered them a stable where the baby Jesus was soon born in a manger. The angels then appeared in front of shepherds tending to their flock of sheep in the fields nearby and gave the good tidings to them. The shepherds immediately went to the city and found the baby Jesus in the manger. The bible also mentioned that there were three “Wise Men” who visited the infant Jesus on the night of his birth, besides the shepherds and angels.

4. Although the exact date and of the birth of Jesus Christ is not known, in the early fourth century, Pope Julius 1 selected a day in the winter solstice to appropriate pagan festivals and transform them into a Christian holiday fixed the date as December 25. This corresponded to the date of the solstice in the Roman calendar. The first recorded Christmas celebration was on 25 December in the year 336 in Rome. Since then, most Christians all over the world celebrate Christmas on 25th December.

5. India is a multicultural country where festivals of almost all religions are celebrated. Christmas is, however, a popular festival as it is the start of the holiday season culminating in the new year celebrations. People go on holidays to different places within the country as well as abroad and spend a wonderful time with their family and friend. Though the population of Christians in India are very few however they celebrate their festivals in their own customs and traditions, which vary from place to place but the central theme of worship of the Lord and joy is the same everywhere.

6. Christmas is a colourful festival, the local stores, markets, and malls are draped and decorated in multicolored twinkling lights, paper streamers, stars and so many colourful things. Go to any shopping mall and you will find Christmas trees being decked up, markets and malls are crowded with stores giving enormous discounts on various merchandise; everywhere you walk around, the sweet smell of plum cakes and candy waft out of shops and bakeries are tempting us all to turn this festive season into an even merrier affair.

How do Christians Celebrate Christmas in Various Parts of India

7. The celebratory customs associated in various parts of India have a mix of Christian, Local and secular themes and origins. However, the popular custom and theme everywhere are the same ie giving gifts, christmas music and carol singing, lighting candles, exchange change of Christmas cards, church services. Then there is a special christmas meal, display of various Christmas decorations, including Christmas trees, bursting of crackers though due to environmental concerns and governmental restrictions this is on the wane. Then, of course, everyone awaits the arrival of Santa Claus especially children. Santa Claus or Christmas Father is associated with bringing gifts to the children during the Christmas season and have their own body of traditions and lore.

8. One of the most important traditions for catholic Christians is midnight mass. Families walk to the mass, followed by massive feast delicacies and exchanging presents. Decorating a banana or mango tree, instead of having a traditional Christmas tree, is another tradition of Christmas in India. Then there are some who decorate their homes with mangoe leaves. Everywhere churches are also decorated using beautiful electrical lightings and fittings that look spectacular during the night. Church services start with melodious carol singing, thereafter the Christmas mass is held. Everyone is dressed up to look their best and go for church service. It is the time when everyone socializes and greet each other wishing everybody Merry Christmas. After church, people go to visit their family and friends and share cakes, sweets and also wine.

9. Christmas is also the time of the year when the climate is just perfect. It is cold in the Northern parts of India but people are in a joyful atmosphere everywhere. In the capital of the country that is Delhi, Christianity is a minority religion. However, there are some beautiful churches from the British era with marvellous architectural style. People make it a point to visit these churches especially to see the architectural interiors as well as exteriors. Christmas is a time for shopping for family and friends in Delhi. Go to any shopping mall and markets and you will find the places full of people doing shopping. In the markets, you will find a nice mix of Christmas decorations—baubles, wreaths and tree ornaments—cakes, confectionery and gift items.

10. In Bombay which is now known as Mumbai, lot of are Roman Catholics. Many of the Christians in Mumbai have come from Goa and have roots in Goa. Christians in Mumbai use many Christmas traditions of their native state Goa including the star lanterns and nativity manger scenes.

11. There are some states, particularly in the North-Eastern part of India, where a sizeable part of the population are Christians like the states of Manipur, Meghalaya, Nagaland and Mizoram. Though Christians are a significant minority in India, they form a major religious group in these states Meghalaya, Mizoram and Nagaland with the plural majority in Manipur. Here beside the modern way of celebrating christmas, people have their own traditions and customs of celebrating christmas.

12. In South India, there is a tradition of Christians putting small oil clay lamps which they light on the flat roofs of their homes. This is to their neighbours that Jesus is the light of the world. In Goa, Christmas is a Big Festival, they love to celebrate Christmas in their own joyful manner. Goa due to their historical connection with Portugal has lots of western customs as part of their Christmas celebrations. Most Christians in Goa are Catholics and they go carol singing around their neighbourhood for about a week before Christmas Day. Christmas Trees are also very popular as is the Christmas Cake. On Christmas Eve, Christians in Goa hang out giant paper lanterns, in the shape of stars, between the houses so that the stars float above you as you walk down the road. During Christmas besides the cakes, local sweets are also eaten. The Christmas meal is also eaten on the Christmas Eve with roasted turkey and chicken and other delicacies. After the Christmas meal, people head to the Church for the midnight mass service. After the midnight mass service, the church bells rings and announced the happy tidings that Christmas Day has arrived. In Goa, many Christians also celebrate the Epiphany and remember the Wise Men who visited the infant Jesus in Bethlehem.

13. In South-West part of India, in the state of Kerala 22% of the state’s 33 Million population are Christians and for them, Christmas is an important festival. The Catholics here fast for many days until christmas eve and until the midnight mass service is not over. At the start of the Christmas season, almost every shop will be selling a varieties of Christmas stars because in Kerala every house is decorated with a Christmas star. People also make beautiful cribs in their homes and Churches.

14. Moving on to Kolkata, the city is also famous for its Christmas celebrations. It is a city that celebrates Christmas like no other city in the country. In Kolkotta, it is not only the Christian community but everyone celebrates Christmas. During christmas the city is decked up in lights. Park Stree is the happening place and almost everyone on Park Street can be seen wearing a Santa cap and clicking selfies. It is like a venue for a party where one can see shops overflowing with merchandise; food stalls with mouth-watering fares; music and lights everywhere.

15. It is thus seen that Christmas in India is a colourful festival celebrated with gaiety and joyfulness. Festivals like christmas are also the time when shopping complexes, malls and stores are filled with merchandise to please one and all. Not only that shopping websites like Amazon, Flipkart and others take this opportunity to lure shoppers and sell merchandise at huge discounts and making a killing in the process. Churches are decked with marvellous light shows and look magnificent. Not only Christians but people from other faiths also come to visit the church and see the decorations and in the process light a candle. Compared to other festivals Christmas is a small festival but is celebrated across the whole country.