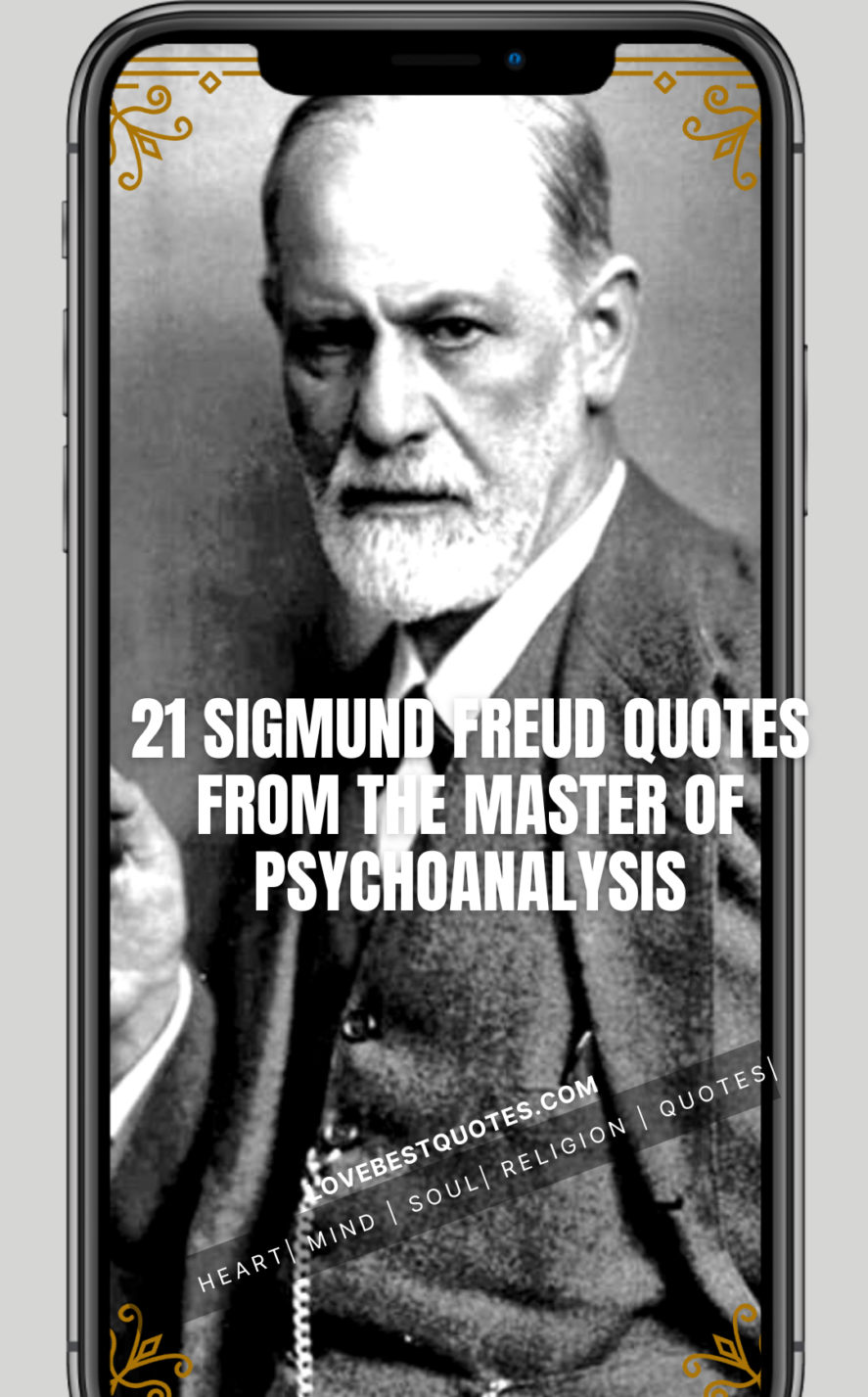 Who was Sigmund Freud

Sigmund Freud is perhaps the most popular name in psychology and also the most controversial. This Austrian Neuropsychologist, founder of Psychoanalysis was one of the major intellectual figures of the 20th century.

The Childhood of  Sigmund Freud

Freud was born on May 6, 1856, in Freiberg, Moravia, which was then a part of the Austrian Empire. He was one of the 8 children of his parents. From an early age, it was quite apparent that Sigmund was highly intelligent . He excelled in his school subjects and his parents provided all the education that they could afford within their means. Freud was a sensitive child which comes with being highly intelligent in many cases.

He was trained as a Neurologist in Vienna. Thereafter he qualified as a doctor of medicine in 1881, after which he worked and gained respect as a physician. In 1885 Freud went to Paris in order to study with Jean-Martin Charcot. The work of Jean Martin on hysteria led Freud to believe and conclude that the causes of mental disorders might be purely psychological rather than simply organic factors.

In 1886, he returned to Vienna and collaborated with the physician Josef Breuer (1842–1925) in further studies on hysteria. This collaboration resulted in the development of some key psychoanalytic concepts and techniques, the unconscious, resistance (which was later called defense mechanisms), and neurosis.

Subsequently in the year 1899, based on his studies and research, he published “The Interpretation of Dreams”, wherein he analyzed the complex symbolic processes underlying dream formation. Freud proposed that dreams are the disguised expression of unconscious wishes.

In his controversial Three Essays on the Theory of Sexuality, published in 1905, he delineated the complicated stages of psychosexual development (oral, anal, and phallic) and the formation of the Oedipus complex. While World War I was going on, he devoted his time to research and he wrote several papers that clarified his understanding of the relations between the conscious and unconscious parts of the mind and their workings of ego and superego. Freud’s work was groundbreaking for its time.   Amongst his many works are Totem and Taboo (1913), Beyond the Pleasure Principle (1920), The Future of an Illusion (1927), and Civilization and Its Discontents (1930).

The id, inner self, and superego are known as the three parts of the character. The id shows itself from the moment one is conceived. It is the part of character that is spoiled and yet to be developed. While this part of the character is very significant during the early stages after birth as the child can get their requirements met. In the event that it isn’t conquered it can turn out to be socially devastating as the individual becomes much older and becomes grown-up.

The superego is the last piece of character. “The superego is the part of the character that holds our assimilated moral norms in general and goals that we get from the two guardians and society- – our feeling of good and bad. The superego gives rules to making judgments. The superego is likewise associated with the id and the inner self by smothering the needs, requirements, and ways of behaving the initial two stages. Each of the components together help in developing a working and healthy personality.

How did Sigmund Freud Die

When the Nazis annexed Austria in 1938, Freud fled to England. Unfortunately, he died the next year on 23 Sep 1939. Sigmund Freud faced throughout his life and even afterward relentless and often compelling challenges mounted against virtually all of his ideas. Notwithstanding that Freud has remained one of the most influential figures in contemporary thought.

FROM THE MASTER OF PSYCHOANALYSIS!

“One day, in retrospect, the years of struggle will strike you as the most beautiful.”

“Out of your vulnerabilities will come your strength.”

“Analogies, it is true, decide nothing, but they can make one feel more at home.”

“Unexpressed emotions will never die. They are buried alive and will come forth later in uglier ways.”

“Before you diagnose yourself with depression or low self-esteem, first make sure that you are not, in fact, just surrounded by unpleasant people.”

If you’re enjoying these quotes, you’ll love our collection of powerful depression quotes that will provide perspective.

“Flowers are restful to look at. They have neither emotions nor conflicts.”

“The only person with whom you have to compare yourself is you in the past.”

“A man should not strive to eliminate his complexes but to get into accord with them: they are legitimately what directs his conduct in the world.”

“Being entirely honest with oneself is a good exercise.”

“There is a powerful force within us, an un-illuminated part of the mind – separate from the conscious mind that is constantly at work molding our thought, feelings, and actions.” – Sigmund Freud

“From error to error, one discovers the entire truth.” –

“When making a decision of minor importance, I have always found it advantageous to consider all the pros and cons.”

“Dreams are often most profound when they seem the most crazy.”

“When one does not have what one wants, one must want what one has.”

“I suppose that romantic love was invented as a brilliant means of seduction.”

“We choose not randomly each other. We meet only those who already exist in our subconscious.”

“The liberty of the individual is no gift of civilization. It was greatest before there was any civilization.”

“Human life should not be considered as the proper material for wild experiments.”