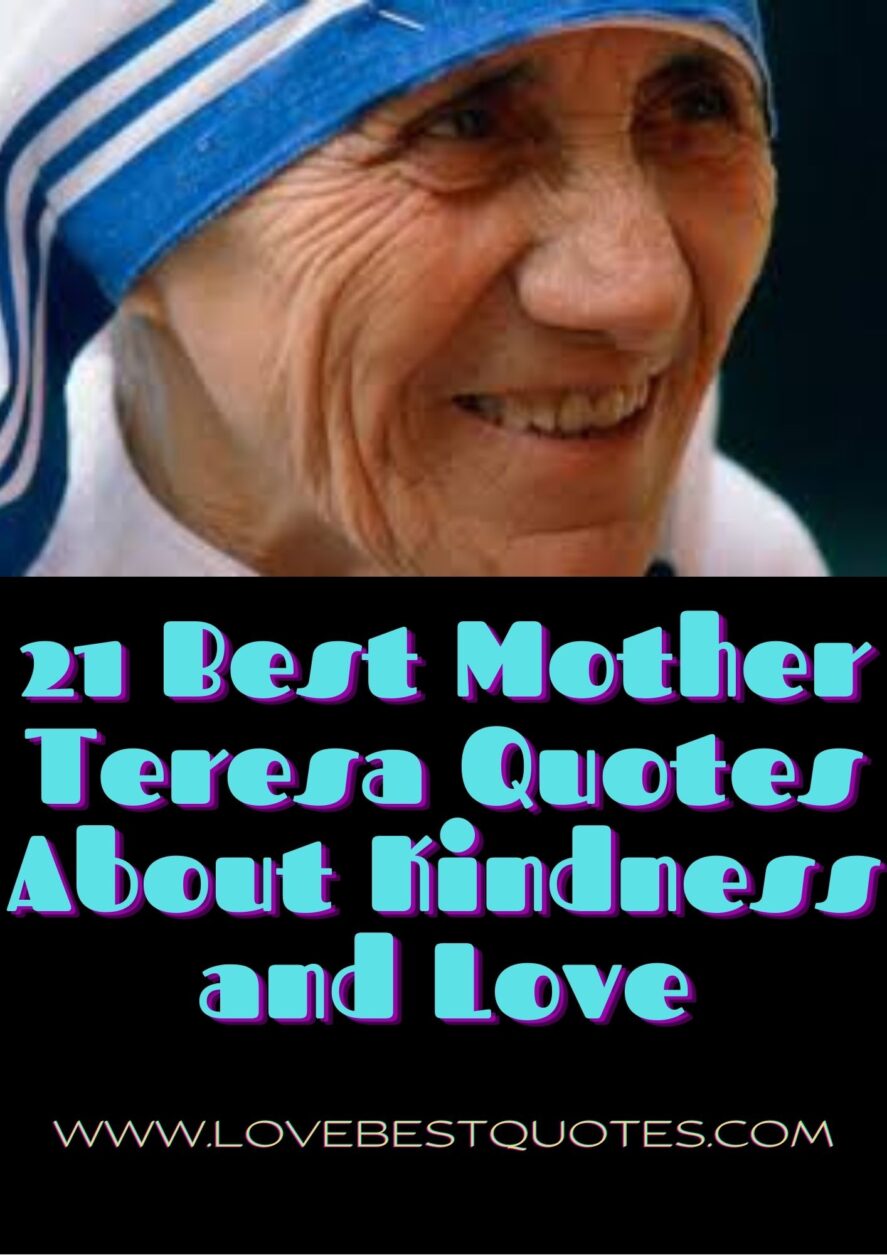 Mother Teresa knew 5 languages – Bengali, Albanian, Serbian, English, and Hindi.  In 1982 there was a war which was known as the Siege of Beirut.   At that time she saved 35 children who were stuck in hospital and also took care of them.  With Red Cross workers in the poor war zone, she tried to help patients.   Mother Teresa helped people in Ethiopia for hunger victims, in Chernobyl for radiation victims, and in Armenia, she helped earthquake victims.

For her good work, the Government of India awarded her with Padma Shri in 1992.  The same year she was awarded by Ramon Magsaysay Award for Peace and International Understanding for the work she had done in South and East Asia. In 1969 she was given Jawaharlal Nehru Award for International Understanding.  In 1971, she was awarded The Pope John XX111 Peace Prize,  The J. F. Kennedy International Award in 1971, and the Order of St. Francis of Assisi in 1974.  Then in  1979, she got a Nobel Prize for trying to end poverty and distress.   The awards of mother Teresa does not end here.   In 1980, she was also awarded by India’s highest civilian honor by Bharat Ratna.

Mother Teresa died on 5th September 1997.  A biography of her was written by Author Navin Chawla and published in 1992.  In name of mother Teresa, there are many buildings, roads, and Parks.   Her statue is found in museums and in Albania, 19th October, the public holiday is celebrated in the name of Mother Teresa Day.

In many churches she is named patroness On 26th august 2010 her 100th birth anniversary, the government of India issued a special Rs.5 coin.  Mother Teresa was formally beatified by Pope John Paul 2 on 19th October 2003.

Mother Teresa’s  through her noble action and also through her messages on love, compassion, service, prayer, peace, forgiveness, kindness have had a  profound impact in all spheres of our day to day life.  Here are some of the most popular and  beautiful quotes and sayings by Mother Teresa.  You can find solace and strength through these wonderful mother teresa pro life quote, mother teresa leadership quotes,  mother teresa compassion quotes and many more which you can share among your family, friends.

IF YOU JUDGE PEOPLE, YOU HAVE NO TIME TO LOVE THEM !

NOT ALL OF US CAN DO GREAT THINGS;
BUT WE CAN DO SMALL THINGS WITH GREAT LOVE !

PEACE BEGINS WITH A SMILE !

YESTERDAY IS GONE;  TOMORROW HAS NOT YET COME;
WE HAVE ONLY TODAY; LET US BEGIN !

I KNOW GOD WON’T GIVE ME
ANYTHING I CAN’T HANDLE;
I JUST WISH HE DIDN’T TRUST ME SO MUCH !

EVERY TIME YOU SMILE AT SOMEONE,
IT IS AN ACTION OF LOVE,
A GIFT TO THAT PERSON,
A BEAUTIFUL THING !

GOD DOESN’T REQUIRE US TO SUCCEED; HE ONLY
REQUIRES THAT YOU TRY !

KIND WORDS CAN BE SHORT AND EASY TO SPEAK, BUT
THEIR ECHOES ARE TRULY ENDLESS !

LIVE SIMPLY SO OTHERS
MAY SIMPLY LIVE !

KIND WORDS CAN BE SHORT AND EASY TO SPEAK, BUT THEIR ECHOES ARE TRULY ENDLESS !

BE FAITHFUL IN SMALL THINGS BECAUSE IT IS IN THEM THAT YOUR STRENGTH LIES !
EVERY TIME YOU SMILE

KIND WORDS CAN BE SHORT AND EASY TO SPEAK, BUT THEIR ECHOES ARE TRULY ENDLESS !

THE MOST TERRIBLE POVERTY IS LONELINESS, AND THE FEELING OF BEING UNLOVED !

IF YOU CAN’T FEED A HUNDRED PEOPLE, THEN FEED JUST ONE !

WHAT CAN YOU DO TO
PROMOTE WORLD PEACE?
GO HOME AND LOVE YOUR FAMILY !

IT’S NOT HOW MUCH WE GIVE BUT HOW MUCH LOVE WE PUT INTO
GIVING !

GOD DOESN’T REQUIRE US TO SUCCEED, HE ONLY REQUIRES THAT YOU TRY !

BEST QUOTES OF HIS HOLINESS THE DALAI LAMA